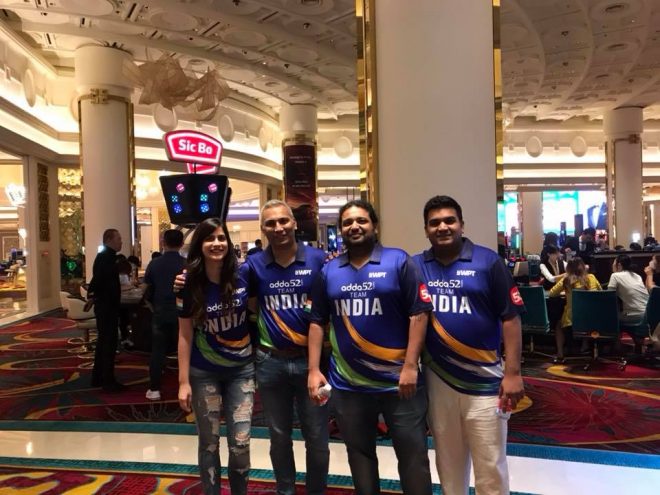 The World Poker Tour (WPT) introduced and launched the first-ever WPT Global Teams Event earlier this year, scheduled between 19-21 September 2018 in Paradise City Casino, Incheon, South Korea. Team India was one of the participating teams and they have progressed to Day 3 of the event.

Yesterday, we reported India’s performance on Day 1 of the tournament, where they finished eighth among the 14 teams. Team India consists of Nikita Luther, Kunal Patni, Amit Jain and Dhaval Mudgal, and they participated in several tournaments that took place over the course of two days so far.

On Day 2, two countries were eliminated from the race and India narrowly missed being one of them. Team USA and Team Australia were the two countries to exit the event on Day 2, and India finished at #11 from among the final twelve teams. Two more tournaments are scheduled for Day 3 which kicks off later today and India will be looking to chip up when play begins.

Event #5 is a Turbo NLH tournament with 15-minute levels and at the end of this tournament, three more teams will be disqualified from the race. It’s imperative that Team India does well in this tournament if they want to go on to play the final event of the series, which is a 4-player tag-team tournament.

Let’s all get behind our Indian pros as they move on to play Day 3 of this Global Teams Event. The final nine teams will go on to play the last tournament with starting chips based on the points they have accumulated so far, while the top three at the end of the day will finish in the money:

Keep reading GutshotMagazine.com for a final update on Day 3 of the WPT Teams Event.