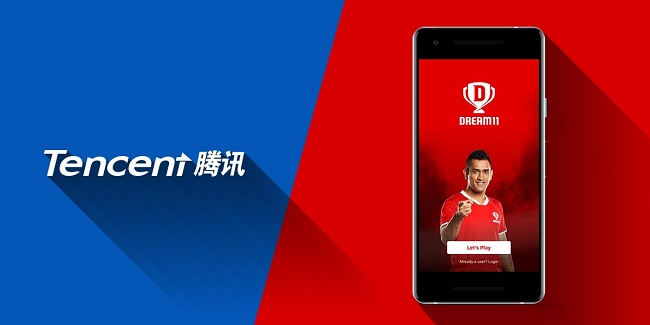 Founded in 1998, Tencent Holdings Limited is a Chinese multinational company, a leading provider of internet services and a mobile gaming giant as well. Tencent happens to be one of the biggest investment corporations in the world, always looking to broaden their scope and invest in booming gaming companies.

In July last year, Tencent signed a multi-year with Caesars Interactive Entertainment’s World Series of Poker (WSOP), to bring the world’s most popular poker brand to Asia. In December, the inaugural WSOP China took place and it was a massive success. Now, it is reported that the company wishes to invest around $100 million in Indian fantasy sports provider, Dream11.

Founded in 2012 by Harsh Jain and Bhavit Sheth, Dream11 has grown over the years to become the leading fantasy sports operator in the country, having over 2 crore registered users. These numbers will only be on its way up as they recently signed MS Dhoni as their brand ambassador and then also became associate sponsors of the VIVO IPL 2018.

A recent report in the Economic Times says that Tencent, the world’s fifth-largest internet company, has reached advanced stages of negotiations to invest an amount of $100 million (~INR 656 crore) in Dream11. None of the parties have confirmed this transaction yet, but if it is true, this could be a huge boost to the Indian fantasy sports industry, which is still taking baby steps. Also, this will be Tencent’s second major investment in India after they put in $115 million in music streaming service, Gaana, earlier this year.

If the deal goes through, Dream11’s three institutional investors Kalaari Capital, Multiples Alternate Asset Management and San Francisco’s Think Investments may have to completely or partially exit the fantasy sports company. In the past, Dream11 has also partnered with the Caribbean Premier League, the NBA and the Indian Super League.

For more updates on the Dream11-Tencent deal, keep reading GutshotMagazine.com!