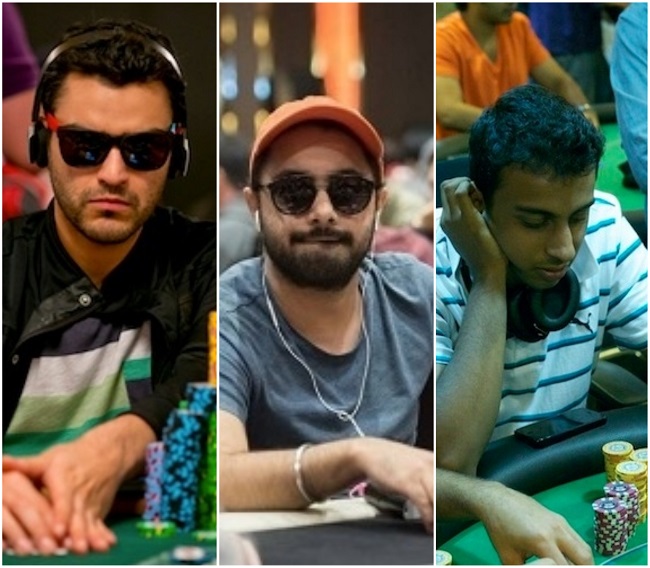 While Nishant Sharma and Vivek Rughani were part of a historic day of play for India at the WSOP Main Event, other Indians were also making good runs in ongoing events at the 2018 World Series of Poker. Yesterday, Akash Malik, Girish Sampath and Navkiran Singh cashed out in a PLO tournament.

Event #69: $3,000 Pot-Limit Omaha 6-Handed kicked off three days back and recorded 901 entries, creating a prize pool of $2,432,700. Only 24 of these entries reached Day 3 and three Indians busted their stacks before getting to the third day, but all finished in the money.

The next to bust for India was Akash Malik, whose busted flush draw lost to his opponent’s two pairs. He busted in 38th place for a prize of $9,172 (~INR 6.31 lakh), recording his third cash in WSOP 2018 and taking his live poker tournament winnings past $265k. The final Indian left in the tournament was Navkiran Singh.

Singh is the CEO of Indian poker website PokerBaazi and he was seated at a tough table at one point of time, losing a majority of his stack to one of the best in the world, Daniel Negreanu. He ultimately busted in 32nd place, recording his third cash of WSOP 2018 and taking home $11,043 (~INR 7.60 lakh) for this effort.

The tournament is still going on and has reached the final table. Keep reading GutshotMagazine.com for an update on which player ends up as the champion of the $3,000 PLO Event in Las Vegas.