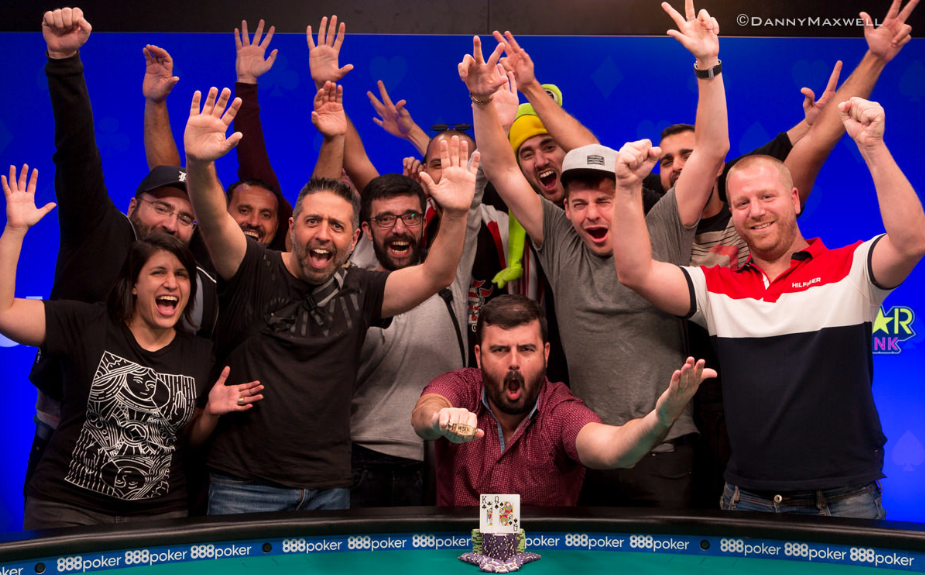 Another new champion has been crowned at the 2018 World Series of Poker, with Israel’s Timur Margolin winning his maiden WSOP gold bracelet yesterday, emerging victorious in Event #43: $2,500 No-Limit Hold’em. He outlasted a massive field of 1,248 entries and was awarded $507,274 for this effort.

Margolin is a regular live poker player, with cashes all over Europe and the Americas, but this turned out to be his highest live poker victory, taking his overall winnings past the $1.5 million mark. He beat Germany’s Ismael Bojang in heads-up, who now has 15 WSOP final table appearances, but still no bracelet to his name.

Margolin came into heads-up with a 3:1 chip lead but Bojang did well to double up a couple of times and regain the lead. However, he lost the final two all-ins, bringing a very short heads-up battle to an end. Bojang’s A-2 wasn’t good enough for Margolin’s K-Q in the final hand, as a King opened on the flop followed by a Queen on the river.

The Israeli supporters on the rail burst out in celebration when he won, as he became just the ninth person from Israel to win a WSOP bracelet. “I have just been playing like I have all tournament. I am feeling in a better place mentally nowadays, I am just happy to be here, happy for the experience anyways. I felt good, and I would do the same decisions, tried not to let it affect me, and then some cards came my way and that’s it,” said Margolin after the win.

GutshotMagazine.com is following all major tournaments of the 2018 World Series of Poker, so stay tuned for daily updates.