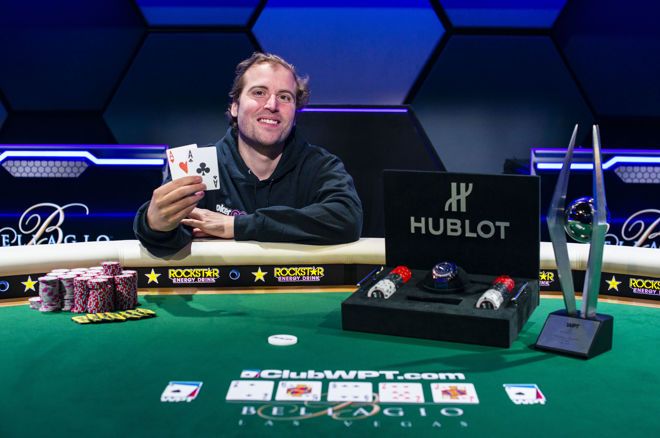 The WPT Bellagio Elite Poker Championship $25,000 High Roller took place earlier this month between 4-6 May 2018, and play was suspended after reaching the final table. It was played at the Bellagio in Las Vegas, but the final six players would come out 3 weeks later to continue the final at the Esports Arena at the Luxor Hotel and Casino, which was taken over by World Poker Tour (WPT).

The tournament recorded a prize pool of $1,350,000, thanks to the 54 registered entries, of which US poker pro Tom Marchese was the chip leader from among the final six. He has countless titles to his name and winning this WPT Bellagio High Roller only added another feather to his cap.

Marchese had nearly $17 million in live poker cashes and he improved on this record by winning at the Luxor and taking home $432,000 for the first place. The first-of-its-kind Esports arena also featured the final table of the WPT Tournament of Champions, which was shipped by USA’s Matt Waxman for $463,375.

“A lot of times when you’re on this high of coming in with a good chip stack, you don’t want to go on a downswing or have huge losing days. It kind of messes with you a little bit. For the most part, I relaxed and waited it out,” said Marchese, revealing that he didn’t play much poker during the 3 weeks break.

While David Peters would’ve been his biggest competition on this table, it was the much less experienced Aaron Ogus who reached heads up against Marchese. In the final hand, Ogus picked up K-pair on the flop but didn’t better it on the turn and river. Marchese revealed pocket aces to take down the title!

Keep reading GutshotMagazine.com for similar poker tournament results from around the world.