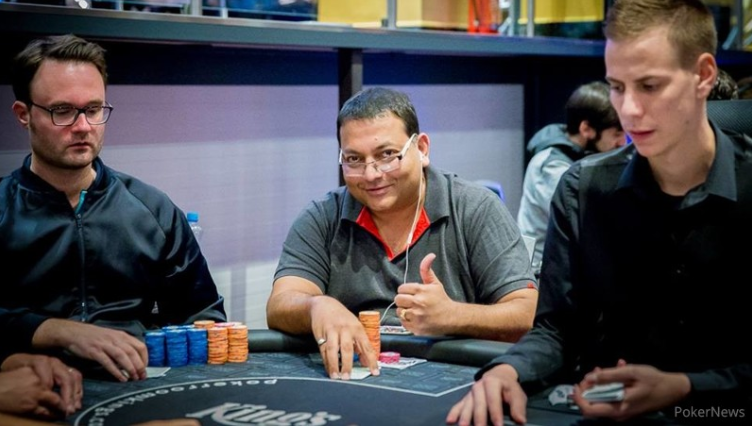 The World Series of Poker (WSOP) is currently hosting a tournament series at the Kings Casino in Rozvadov, Czech Republic, where players from several countries are participating. The third tournament to kick off was the PLO Event and if you remember right, we reported India’s Manish Goenka qualifying from the two starting flights, among the final 46 to reach Day 2.

Now he was 20/21 to qualify from Day 1A and was one of the smallest stacks overall entering Day 2 of Event #3: €550 Pot-Limit Omaha 8-Handed. There wasn’t hope of Goenka going much further in the competition, but Day 2 turned out to be a fabulous one for him, turning his short stack into a monster stack during the course of the day.

Eventually, the tournament played down to an 8-handed Final Table before players bagged their chips to return on Day 3. Goenka is currently 6/8 on the FT, with a stack of 970,000 chips. He turned what seemed to be a quick exit on Day 2 into a deep run in Rozvadov and will be eyeing the title and the top prize of €59,625 (~INR 50.48 lakh) when he returns a few hours from now.

It was a topsy-turvy day as Shaun Deeb was among the top three chip stacks to begin Day 2, but he spiralled out of the competition in no time, busting his stack in 38th position for €1,224 in prize money. For Goenka, it was the opposite. The next pay-out for 8th place is of €5,198 and even this will be Goenka’s highest live poker cash, but he will surely be aiming for more.

Top chip counts at the end of Day 2:

Keep reading GutshotMagazine.com for more updates from the 2018 WSOP Europe series, and also to see how well Goenka does on the final day of the PLO tournament.