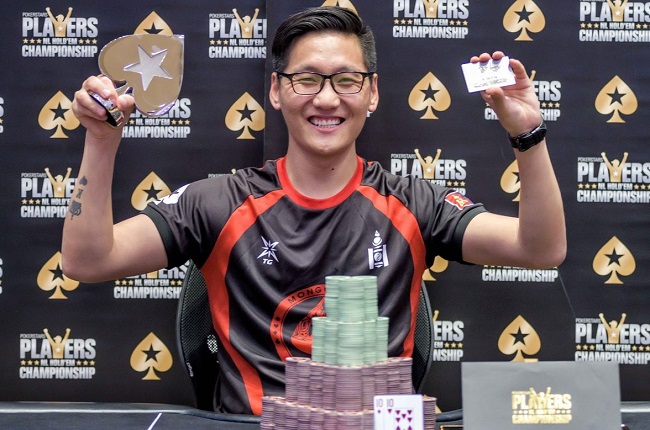 The much-anticipated APPT Manila poker tournament series kicked off at the PokerStars LIVE poker room in City of Dreams Manila, Philippines, on 4th August. 5 Platinum Passes (worth $30,000 each) were to be awarded during this period and the first of those was awarded yesterday to the winner of the APPT Manila Kickoff Event.

Ochir was awarded PHP 1,541,000 (~INR 20 lakh) for topping this vast field, while also receiving a PSPC Platinum Pass worth $30,000. Players from all over Asia had participated in this tournament, with players from 7 different countries playing on the 9-handed final table.

The 30-year old eliminated Tamon Nakamura in third place and then immediately struck a deal with heads-up opponent from Korea, Gyeong Tae Yoo. Yoo took home a prize of PHP 2,200,000, while Ochir won the heads-up battle, taking home the APPT Kickoff trophy. “I’m so happy to win my first live tournament title, this is my biggest win ever and I cannot express my feelings, but I will do my best in the Player’s Championship also,” he said after this win.

All Indians to finish in the money (along with pay-out in PHP):