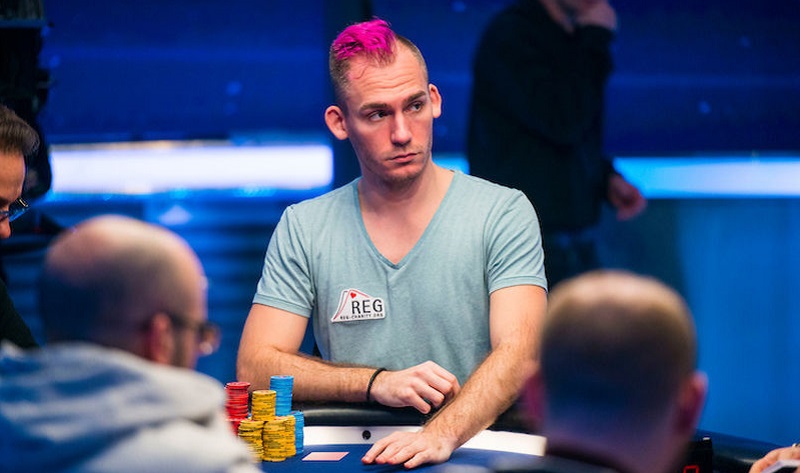 He is the dominating force in the modern world of poker and like many other players, he started his career at an early age. But what makes him stand out from the crowd are his crazy runs! Well-known as ‘ZeeJustin’ in online sphere, today we will take you back in time when Justin Bonomo became the hot topic!

There he sat with 40% chips in play. Bonomo never lost the lead, railing out five outstanding players. That was 2012 when the young gun surpassed his $5 million mark along with the second major title of his career. Let’s take a quick recap of all that went down in PokerStars and Monte Carlo Casino hosting the 2012 EPT Grand Final €100,000 Super High Roller.

The entire tournament combined €4.43 million prize pool at the back of 45 entries.  Check out the final table chip count:

and the dealer flopped a ten to give Bonomo a set. His next target was Patrik Antonius who bowed out in the 4th place. Eventually, it was time for Bertrand Grospellier, who is now the GGPoker Brand Ambassador along with Negreanu. The much heated heads-up began between Tobias Reinkemeier and Bonomo.

From the button, Reinkemeier raised to 125,000. Bonomo three-bet to 350,000 from the big blind and then Reinkemeier went all in for around 1.5 million. Bonomo called holding

saw Bonomo taking the lead with top pair. The turn

meant Reinkemeier was left needing a four on the river to stay alive. But

on the river saw Reinkemeier walking out in second place and Bonomo securing a giant €1.64 million first-place prize . That year was the second big score after Reinkemeier won the €25,000 High Roller for €956,000!

The king of High Roller was just 18 when he became the youngest player to be featured on a televised FT at the EPT French Open in Deauville. He was placed fourth in the event and won €31,500. In 2018, the poker pro triumphed the World Series of Poker’s (WSOP) Big One for One Drop for a life-altering $10 million. Attaching that win to his poker CV, the Canadian surpassed 6-time WSOP bracelet winner Negreanu by now sitting second in poker’s all time money list. The young poker pro is also the world’s number 1 in best rank for $49.12 million in lifetime winnings.

Justin Bonomo is just 35 years and his phenomenal poker career makes each of us wanting to look up to him. For more such stories on poker, keep reading GutshotMagazine.com