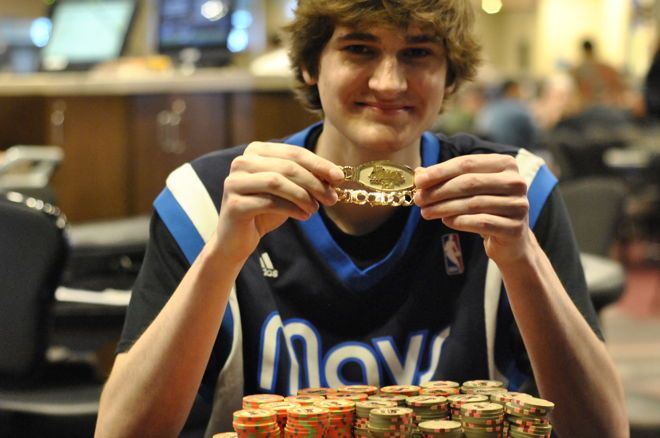 We generally come to you with reports of some of the biggest and best poker tournaments from around the world, but you rarely get to see someone just 20 years old winning these big tournaments. That’s what happened yesterday at the WinStar River Poker Series $2,500 Main Event.

This Main Event took place at the WinStar World Casino and Resort in Oklahoma and while most casinos around USA allow players who are 21+ years old, this was a chance for younger players as the casino allowed players above the age of 18 years. Eventually, it was 20-year old Will Pengelly who shipped the tournament and took away the massive top prize of $249,310 (~INR 1.79 crore).

He skipped class at the University of North Texas in order to play this Main Event, which ran from 1-4 September, and it has clearly paid off. The player was part of a 5-way deal which slightly reduced the pay-out to the eventual winner, while adding a bit more to the rest involved in the deal. Four of the top five eventually took home prizes in excess of $200k.

At this age, this kind of money is a dream come true and it’s probably a great start to what could be a fruitful career in poker for Pengelly. He has been a cash game player at WinStar since he turned 18, but never cashed in a tournament until this one. “I think of tournaments kind of like the lottery. Many people enter, and one player wins a lot of money. Today, that happened to be me,” he said after winning.

Keep reading GutshotMagazine.com for similar updates on popular poker tournaments from around the world.