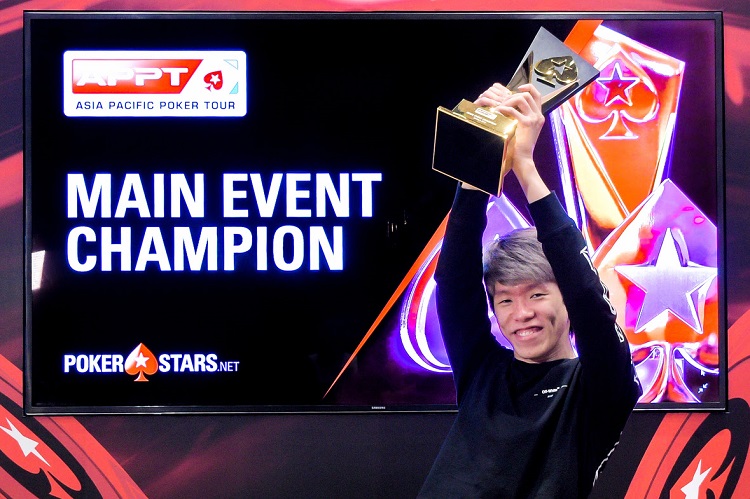 The Main Event was one of several poker tournaments that were left to be concluded yesterday, which was the last day of the 2018 APPT Manila tournament series. 22 Indians ran deep in the Main Event, with the final 8 of them cashing out a couple of days back and the best ranked player being Sriharsha Dodappaneni, who finished in in 43rd place.

The 1,364-entry field Asia Pacific Poker Tour (APPT) Manila Main Event made this the biggest tournament in Philippines history and thus, the prizes on offer were also huge. The PHP 20 million GTD prize pool was more than tripled as a new prize pool of PHP 65,492,460 (~$1.2+ million) was generated.

Players from 5 different countries constituted the Main Event final table and at the end of it all, it was Singapore’s Wilson Lim who took down the coveted APPT Main Event title, for a massive prize of PHP 12,970,000 (~INR 1.69 crore). The victory took his live poker winnings to the $250k-mark, with just around $5k in live earnings prior to this event.

“I just went all-in blind and then doubled, doubled, doubled up until I ended up as the shortest stack on the final table. Then I became the third chip lead on the table… I feel pretty awesome and also overwhelmed,” Lim said about his journey through the ME and how he felt after this massive win.

He wasn’t even among the top 10 chip stacks when the final 41 players walked out to play on Day 3 of the tournament, so it was a good comeback for him to win this title. We now expect to hear the name of Wilson Lim more often around the Asian live poker circuit.

This concluded a good series for India in Manila, with several achievements like:

Keep reading GutshotMagazine.com for a regular update on the biggest Indian, Asian and global poker tournaments.