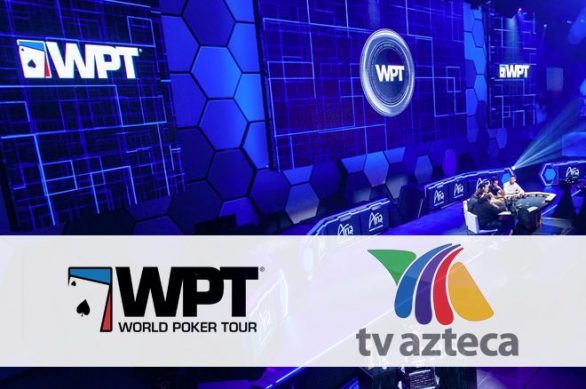 WPT expands to Mexico after deal with TV network

The partnership means that TV Azteca will use the vast and extensive content library of WPT and distribute it in Mexico and across Latin American countries where the network operates. The terms of the agreement state that 17 seasons of WPT will be telecasted through TV Azteca’s vast network and reach millions of viewers.

The deal also states that both companies will work with each other to produce quality original content for the Spanish-speaking community too. The partnership is touted to provide enormous publicity for WPT, given TV Azteca’s wide reach offering televised content via its free-to-air stations to over 95% of the Mexican market.

Further plans are also laid out in the deal which includes developing a new social poker app dedicated to Latin American players, which WPT will help to create. The poker brand has also agreed to bring several of its major live poker tournaments to the Mexican market, including two WPT Main Tour events, eight WPTDS and WPT500 events each season as part of newly formed LATAM Tour.

Adam Pliska, CEO of WPT said, “This extraordinary deal with TV Azteca represents a historic advancement for the World Poker Tour into Latin America as WPT continues its global growth. Aligning with Grupo Salinas and having their full commitment behind this project enables us to leverage its extensive network of television distribution outlets, land-based casinos, social media platforms, and merchandising venues, to engage with the Latin America poker and social games market.”

Benjamin Salinas, CEO of TV Azteca, also weighed in on the development saying, “Grupo Salinas and TV Azteca graciously welcome the World Poker Tour and Allied Esports as part of our wealth of offerings across Latin America and Mexico. We are fully committed to using our vast network to completely change the social gaming market in Mexico and to ensure that these games are available to all people in ways that are catered to them.”

Salinas further said, “By pairing with the WPT in this long-term relationship, we are taking a major step into social gaming and the global growth of poker as we fulfill our mission of being fully dedicated to best-in-class products, services, and entertainment to the market.”

Earlier in December last year, Black Ridge Acquisition Corp., based in US, had announced that they will acquire Ourgame International’s two brands Allied Esports International and WPT Enterprises, which then be renamed to Allied Esports Entertainment and traded as ‘AESE’ on NYSE. Keep reading GutshotMagazine.com for more similar worldwide news and for general poker news from around the world.