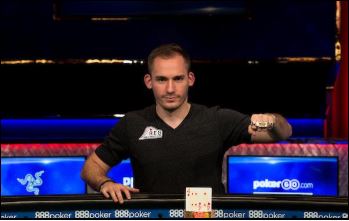 Justin Bonomo is on a heater of historical proportions over the last several weeks and there is no end in sight. He’s won countless high roller events over the last month, including PokerGO’s Super High Roller Bowl for $5 million just over a week ago.

He continued his hot streak on Friday evening at the Rio, picking up his second career World Series of Poker bracelet. He defeated 114 players in the $10,000 no-limit hold’em heads-up championship event, adding another $185,965 to his WSOP career earnings.

“I think I’m dreaming,” said Bonomo. “I think that this is not real life and I think that’s the secret. Just win in your dreams because there you can actually win every tournament.”

With his second bracelet win, Bonomo moved over the $4 million mark in World Series of Poker winnings alone. His first bracelet came in the 2014 $1,500 no-limit hold’em six-max event.

Bonomo already had established himself as one of the top players in the world at the time of his first bracelet, so there was very little doubt that it was a fluke. Now it’s just business as usual for the Denver native. There was very little celebration after the final card was dealt and nothing will compare with the first time he put WSOP gold on his wrist.

“The first bracelet definitely felt a lot more special,” said Bonomo. “I had four second-place finishes at that time without a first-place finish. Now, I don’t really have to feel like I have to get any monkey off my back anymore or kill any kind of curse. The significance of this one just means my insane winning streak isn’t over. I just hope it continues.”

En route to victory, Bonomo won seven separate heads-up matches. He bested David Peters, David Laka, Jake Schindler, Niall Farrell and Mark McGovern to get to the final day of play. The final four players returned on Friday afternoon to play down to a winner.