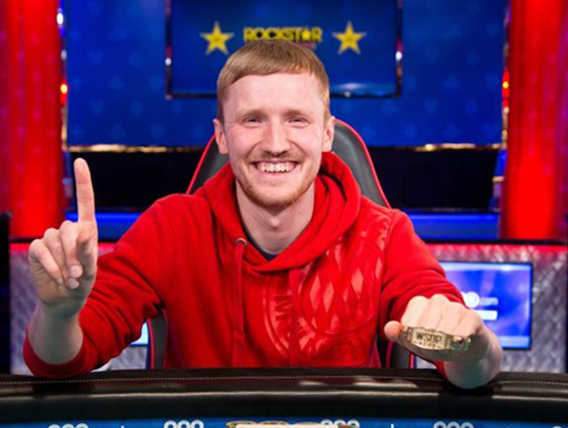 You never forget your first and we’re sure that Johannes Becker will treasure his first World Series of Poker (WSOP) bracelet for a long time to come. The young German pro took down Event #8: $2,500 Mixed Triple Draw Lowball for the top prize of $180,455. The 27 year old who resides in Cologne, Germany made a late run to the title in this mixed-format event, which featured rotating rounds of three lowball triple-draw variants – ace-to-five, deuce-to-seven, and Badugi. Becker’s first bracelet win takes his career WSOP earnings from just five cashes to more than $1.15 million.

Becker’s victory was sweeter considering that the final day of play began with 12 players remaining, he was second to last in chips. Only Michael Wagner had lesser chips than Becker final day’s action began on Monday afternoon.
From the short stack to victory in a matter of hours as Becker outlasted the 321 entries who came together to form the $722,250 prizepool. The top 49 finishers scored a share of the prizepool.

One of the notable players at this final table was Chris Vitch who won this very same event back in 2016 for $136,854. Becker defeated another bracelet winner in American pro Scott Seiver although the latter’s lone bracelet win came about 10 years ago. Seiver, in fact, was the dominant stack at the table when action was three-handed. He held almost 75% of the chips in play during but eventually, it was Becker who surged through and emerged as the champion.

It was a reversal from Becker’s 2017 WSOP experience, when he finished second in the Poker Players Championship, earning a still-career-WSOP high of $862,649 in the process. “Even though I didn’t win the bracelet last year, [the experience] was a lot more meaningful than this bracelet, given that the event was bigger and the field was tougher. But I’m still very happy to have won my first bracelet.”