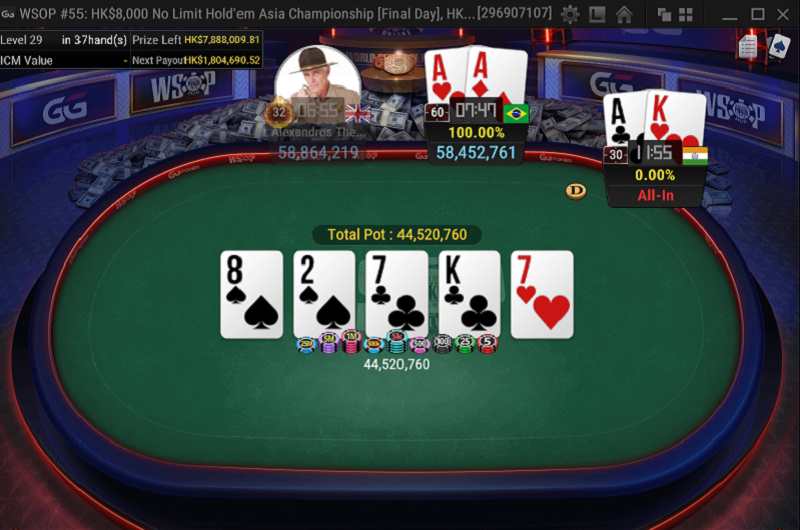 India is so close to bring home the fourth bracelet! And all eyes were once again on ‘Alex_52’, who is killing it by finishing third this time in the WSOP Event #55: HK$8,000 NLHE Asia Championship. As we all know that the International leg of the standout poker festival of the year is taking place in GG Network, the Indian poker enthusiasts are highly excited to bring home the coveted gold piece.

The 55th Event of the 2020 WSOP Online series attracted a strong field of 3,247 entries resulting in the accumulation of a head turning $3.20 million prize pool. Riding ahead of the rest was Brazil’s Luis ‘Xapilskinha’ Assuncao Garla who knocked out poker coach Alexandros ‘THE Sheriff’ Theologis in heads-up to claim the top prize of $461,709. The champion has $518K in lifetime winning. In 2014, Garla finished 34th in WSOP Main Event for a payday of $230,487. He is the 8th Brazilian player to enter the winner’s circle.

Other notable names to make big cash in the event include Martin Zamani, Joao Vieira, Rui Ferreira, Alexandre Mantovani, Nick Maimone, Kristen Bicknell and so on. 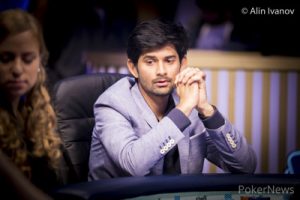 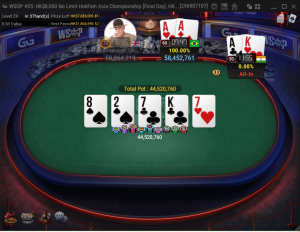 ‘Alex_52’ raised the button to 2.4 million and Luis Assuncao Garla three-bet. The latter piled it in for 21 million and Garla called.

Unfortunately, ‘Alex_52’ found no help in

river, the Indian finished in the 3rd place to take home a phenomenal payout of $234,610! 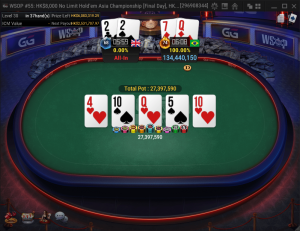 In no time, Garla captured his first career bracelet and a hefty payday as he flopped top pair as the board came