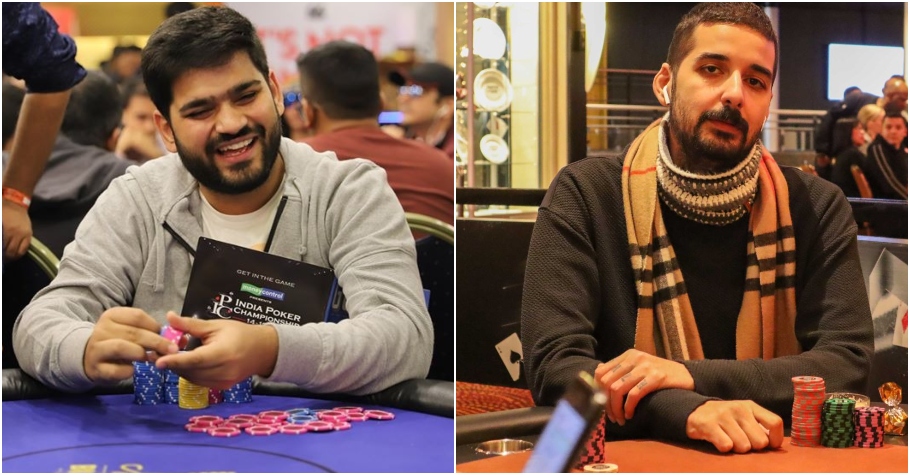 The thrill of the 2020 World Series of Poker (WSOP) continues on GGPoker and Natural8. The excitement doubled as Orhan Ates secured the coveted prize and also brought Turkey its first-ever gold bracelet! And that’s not all, it was a favourable day for Indian viewers as well because Gaurav ‘Haversham’ Sood finished 6th!

The WSOP Event #60: $525 Bounty NLHE 6-Handed was crowded by 3,170 entries to create a total prize pool of a whopping $1.58 million. Orhan ‘yirtil’ Ates battled the field and reached the top to claim the top honors of $180,177 payday after defeating Tobias ‘juanson’ Schwecht heads-up. The champion is currently sitting 6th in Turkey’s all time money list with a striking $933K in lifetime winnings. In the ongoing series he finished 26th in Event #44: $2,500 NLHE 6-Handed for $11,697.

The top 368 players finished in the money locking atleast $680 as min-cash, some of these notables include Ryan Riess, Michael ‘Pepapig88’ Rodrigues, Kitty Kuo, Juha Helppi, Shawn Buchanan and so on.

Although the tournament was six-handed, the final table got underway with nine players and Ates holding the chip lead. Latvia’s Arsens Sakanjans was the first of the nine to depart. Within some time Jeff Hakim went out followed by Augusto Hagen. Tobias ‘juanson’ Schwecht raised to 1 million and Sood shoved for 6.6 million which was called by the former. 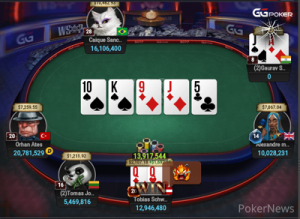 keeping Schwecht in the lead and giving both gutshot straight draws. The

turn gave Schwecht what he was looking for and 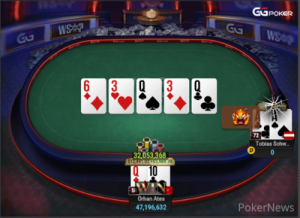 On the final hand, Schwecht raised from the button. The flop came

and Schwecht put out a bet with his overpair. Turn

saw Schwecht in good shape but

on the river improved the game for Ates giving him a full house to emerge triumphant and take home $180,177 in prize money!