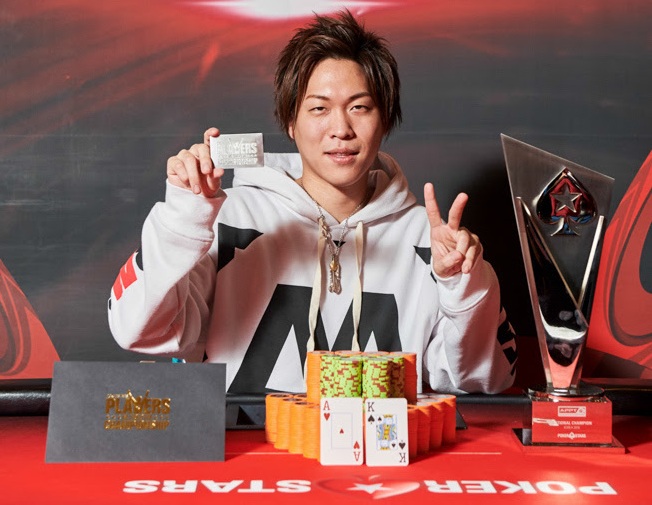 Yuki Ko Wins Back to Back Tourneys at APPT Korea

After the Asia-Pacific Poker Tour (APPT) stop in Macau last month, the APPT Korea series kicked off, scheduled to be played between 6th and 15th April 2015, and 23 tournaments are scheduled to take place between that time. We reported the news of Diego Palma winning the Kickoff Event, and recently that of Sheng Li leading the final table of the Main Event.

Yesterday, Yuki Ko from Japan completed quite an outstanding achievement at the APPT Korea by first grinding for 3 days and winning the APPT National event, and then winning the Single Day High Roller Event as well. It must’ve taken a lot of focus and patience to pull off such an accomplishment. Wow!

The 25-year old Yuki Ko had won a couple of PLO titles in the past, in Macau and at the Aussie Millions, but had never won a NLH title until yesterday. He beat a total of 226 players over the course of 3 days to win a handsome amount of KRW 33.83 million (~INR 20.6 lakh), along with a $30,000 PokerStars Players Championship Platinum Pass.

He beat Taehoon Han from New Zealand in heads-up, and this win took his career live poker earnings past $380,000. The tournament ended when Ko’s A-K hit a two pair on the flop and the turn and river hit blanks. He didn’t stop here. He then headed to the Single Day High Roller Event and shipped that too!

If you thought he won a good amount in the APPT National, then think again. Ko was among 62 players who bought in to the High Roller event for KRW 4 million, taking the prize pool up to a massive KRW 221,315,200. Ko won again, beating China’s Wenling Gao in heads up and taking home an impressive prize of KRW 66.4 million (~INR 40.48 lakh) – double of his APPT National win!

His Q-10 was trailing Gao’s K-7 until he hit a straight on the river that helped him win the title. “I’ve been playing live tournaments for seven years and the APPT National actually brought me my first Hold’em trophy, which I thought was a miracle,” said Ko after his second title in around 8 hours!