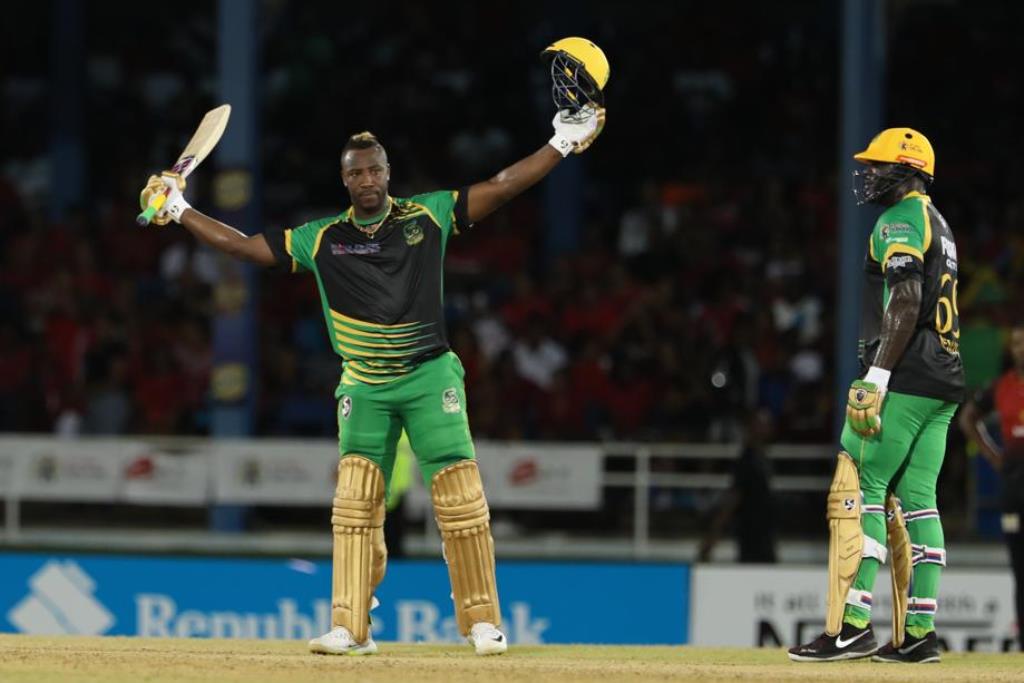 Andre Russell or ‘Dre Russ’ as he’s popularly called, was going around as one of the best T20 players of the world until he was suspended for a year due to the use of illegal substances. While Russell denied ever having consumed any such substances, the ban couldn’t be overruled.

Every franchise that picked him would end up winning their respective country’s T20 league and he was not only good personally but proved to be lucky for his teams as well. Earlier today morning, he played an outrageous innings to help his team begin the CPL 2018 with a win, while reminding the world that he is still one of the best.

Jamaica Tallawahs elected to field first and their bowlers were smashed all around the ground as Trinbago Knight Riders, the defending champions, scored a massive 223/6, courtesy another 60+ score by Colin Munro and a fifty at a strike rate of 200+ from Baz McCullum.

The score look pretty threatening, but it could have been worse if not for Russell’s hat-trick in the final over, picking up McCullum, Darren Bravo and Denesh Ramdin off successive deliveries, finishing his spell with 3/38. Chasing this down was never going to be easy, as Trinbago seemed set to record their second consecutive win this season.

To make things worse for the Tallawahs, early wickets fell, reducing them to 16/4 and 41/5 in 6.1 overs. The chances of a Jamaica win seem to be 0.05%, but Dre Russ walks in, determined to take his team home in his first game as captain at this level. He played a blinder of an innings, breaking many records along the way.

He was supported by Kennar Lewis as the two put up a record 6th wicket partnership of 161 in 69 balls. Lewis was dismissed while Russell kept going, scoring the fastest century in CPL history (40 balls) and his second overall, while also hitting the most sixes in an innings in a CPL match (13).

His knock of 121(49)* meant that the Tallawahs also registered the highest successful run chase in the history of the CPL T20, and if you switched off your TV when the team was 41/5, you’ve missed one of the best T20 matches ever. Russell was awarded the Man of the Match for becoming only the second person after Joe Denly to score a century and take a hat-trick in the same T20 match.