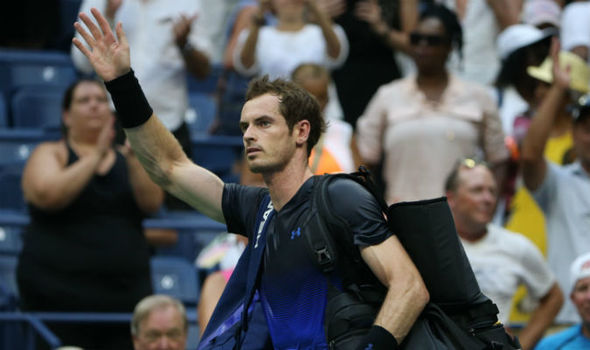 Andy Murray crashes out of US Open 2018

Defeat is never easy to take, but Andy Murray won’t be too disappointed with his latest loss to the #31 seed Fernando Verdasco in the ongoing 2018 US Open. Coming back after a long injury-break, Murray reminded everyone about his fierce nature on the tennis court, losing in four sets in his Round 2 match.

The former world number 1 has three grand slam titles to his name and losing in Round 2 is not something easy to accept as a champion, but he didn’t depart the tournament without a fight. 3 hours and 23 minutes in hot conditions, and the champion fought hard before losing 7-5, 2-6, 6-4, 6-4.

It was encouraging signs at the Flushing Meadows, as he gave us a glimpse of the pre-injury Murray, playing in his first major tournament in 14 months. He spiralled down to world number #382 during his time off the courts, but he seems fit enough to jump back into the top 100 soon.

Murray had won 13 of his previous 14 meetings with Verdasco, but this was a different scenario for the Brit, who isn’t 100% in rhythm as yet. “It wasn’t the most comfortable I felt on a tennis court. I got through it and fought right to the end,” said the 31-year old after this defeat.

In other results, the men’s top seed Rafael Nadal breezed through his second-round game against Vasek Pospisil, winning 6-3, 6-4, 6-2. The Williams sisters also had easy straight-set wins in their respective Round 2 games, with Venus seeded #16 and Serena seeded #17 in this tournament.

Representing India was Rohan Bopanna in the Men’s Doubles tournament, having recently won India gold in the 2018 Asian Games in Indonesia. Here, he was partnered with Édouard Roger-Vasselin and the duo won their Round 1 game against Marcos Baghdatis and Mischa Zverev.

Keep reading GutshotMagazine.com for daily updates on the 2018 US Open.