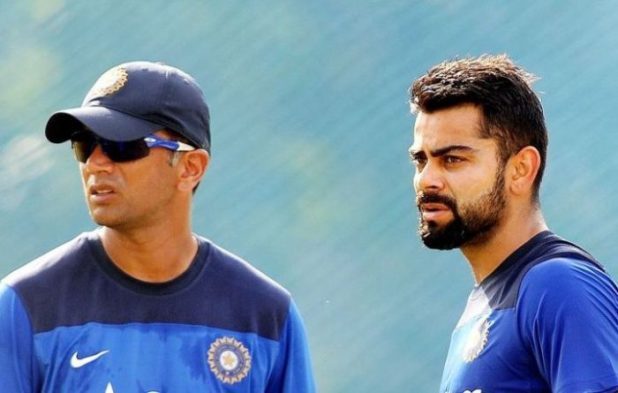 The Board of Control for Cricket in India (BCCI) has once again put forth Indian cricket team captain Virat Kohli’s name for the highest sports honour in the country i.e. the Rajiv Gandhi Khel Ratna award. Another well known name nominated is former India captain Rahul Dravid. Dravid who is considered to be the driving force behind India’s ICC Under-19 World Cup triumph is up for the prestigious Dronacharya Award, an honour which is for those individuals who are in coaching roles.

This is Kohli’s second time around at being nominated for the Khel Ratna having previously been nominated in 2016. That year, the award went to Rio Olympics’ star performers PV Sindhu, Sakshi Malik and Deepa Karmakar.

Another nomination made by the BCCI is legendary opener Sunil Gavaskar who has been recommended for Dhyan Chand Lifetime Achievement Award.

Dravid had also guided India to the under-19 ICC World Cup final in 2016, before coaching the Colts to the crown two years later. BCCI in the past was not making nominations for the Dronacharya Awards as various coaches would stake claim for a player’s success. Kolhi’s coach Rajkumar Sharma had got the Dronacharya Award on a personal office. However, the board in recognition of Dravid’s contribution to the Indian junior cricket programme has decided to name him for the honour.