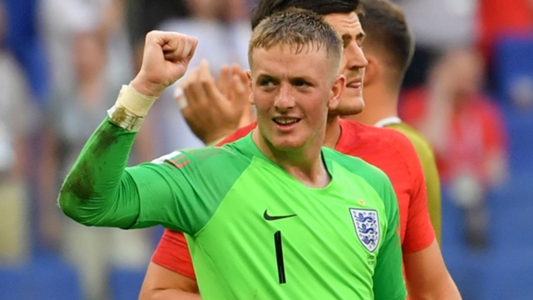 However, the 2018 FIFA World Cup has been a great one for England so far as the team has marched into the semi-final stage. No doubt, they had a much easier draw as compared to teams like Spain, Brazil, Portugal and others, but it’s still taken some effort to reach the final four.

Yesterday, they played Sweden in an all-important quarter final encounter. Sweden had played brilliantly to reach this stage too, playing without Zlatan Ibrahimovic. They beat Switzerland to reach this stage and they would’ve fancied their chances here too. However, they weren’t able to get past the English goalkeeper, Jordan Pickford.

Sweden had more shots on goal than England, but England got through 2-0, with both their shots on target converting into goals. Harry Maguire opened the scoring for England in the first half, bringing up his first international goal. The commentator spoke about how England have been good at set pieces and they proved that again by scoring off this corner. Then, a Dele Alli goal in the second half allowed England a 2-0 lead and progression to the semi-final. If it wasn’t for Pickford though, it might have been a different story altogether.

This now became just the third time in the football World Cup history that England have progressed to the semi-final stage. They did so in 1966 and then in 1990, getting there for the first time in nearly three decades. A dejected Sweden side walked off the pitch but it was a brilliant effort from them. Full match highlights here.