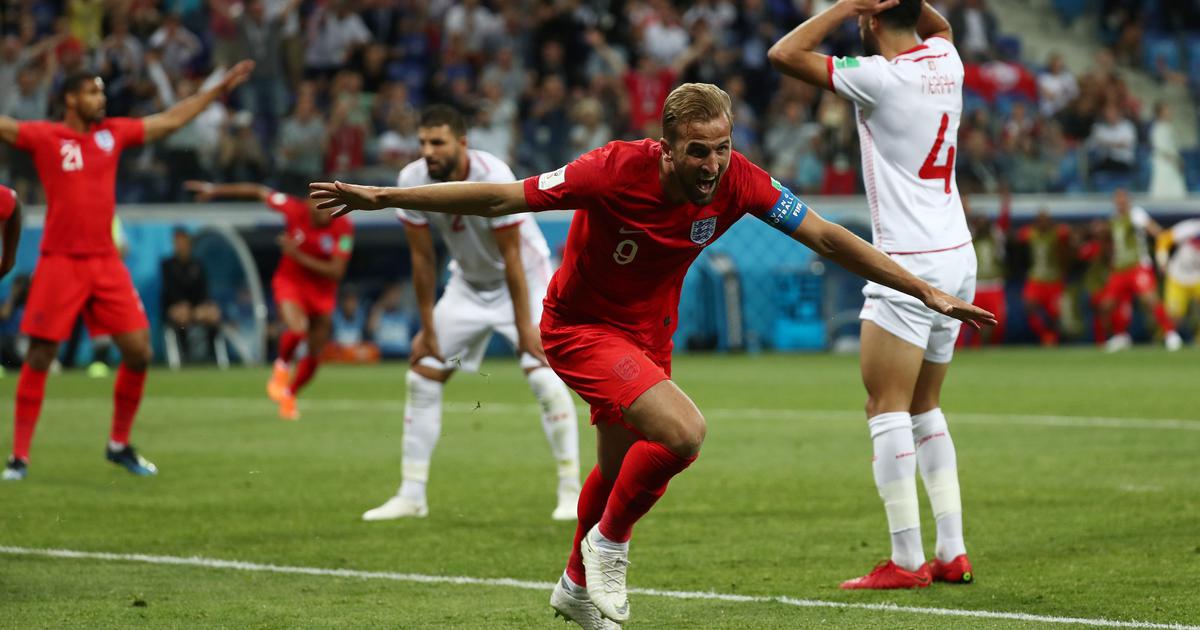 All the tournament favourites had unfavourable results at the 2018 FIFA World Cup thus far, with Spain drawing 3-3 against Portugal, Germany suffering a shocking 0-1 loss to Mexico and then Brazil being held to 1-1 against Switzerland. Now it was England’s turn to prove themselves.

England have a history of coming to the FIFA World Cups with strong squads but always under-performing and they would’ve been desperate to lose that ‘chokers’ tag, coming into this tournament with a new, young team under manager Gareth Southgate. Yesterday, an energetic ‘Three Lions’ team took the field under new captain Harry Kane.

Kane continued his record of always scoring for England when he’s worn the captain’s arm band, when he opened the scoring in the 11th minute for England. He had 15 shots on target (13 in the Euros and 2 in the World Cup) but finally got his first goal for England in a major tournament. The Tunisia keeper Mouez Hassen made a fine save of Stones’ header but Kane put the rebound in easily to take England 1-0 up.

Hassen was then taken off with an injury and England smelt chances of scoring more goals, but Kyle Walker’s hand went to his opponent’s face in the box, which conceded a penalty and Ferjani Sassi calmly put the ball past the England goal-keeper to equalize in the 35th minute.

A draw seemed very likely as no further goals were seen but it was that man Harry Kane once again, who saved the day for England by scoring a 91st minute goal, when all hopes seemed to have vanished. He headed it in from the back post off a corner and England led 2-1, completing a victory and gaining an important 3 points. Full highlights package here: