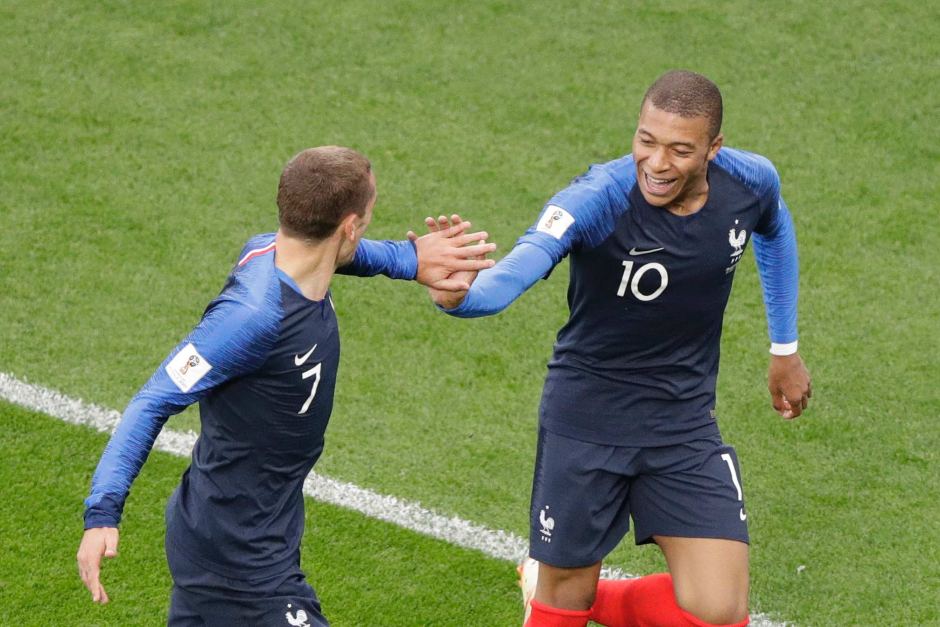 France secure another 3 points in 2018 WC

France got past Australia, winning 2-1 in their first Group C game. Yesterday, they played Peru and while it was a tougher and more nervous performance from the team, they still managed to get a 1-0 victory and walk away with three more points that has guaranteed their progression to the knockouts.

With last night’s win, they continued their impressive World Cup record against South American sides, having kept a clean sheet in each of their seven match-ups since 1986. They last conceded a goal to a South American team when they played Brazil in the 1986 World Cup quarter final.

On the other hand, it hasn’t been a very great run for Peru, now going winless in their last 8 World Cup games, losing 6 and drawing 2. It was that wonder boy Kylian Mbappé who scored in the 34th minute. It remained the only goal of the game, as France were ahead 1-0 at full-time.

The 19-year old created a new record by becoming the youngest ever French player to score a goal in any major international tournament. Just a minute before the goal, he had a reverse flick on target, but it was saved. He wasn’t going to miss later when he found the ball bouncing over the keeper and all he had to do was target an empty goal. Mbappé scores. France 1-0.

Peru themselves had a fair bit of opportunities in the second half and an equalizer seemed very likely. They enjoyed better ball possession (53%) and even had the same number of total shots (7) as France did. Most tournament heavyweights very already under-performing but France held on to gain 3 points. They now have 6 points from 2 games. Full match highlights:

Keep reading GutshotMagazine.com for a daily summary of what’s happening at the 2018 FIFA World Cup in Russia.