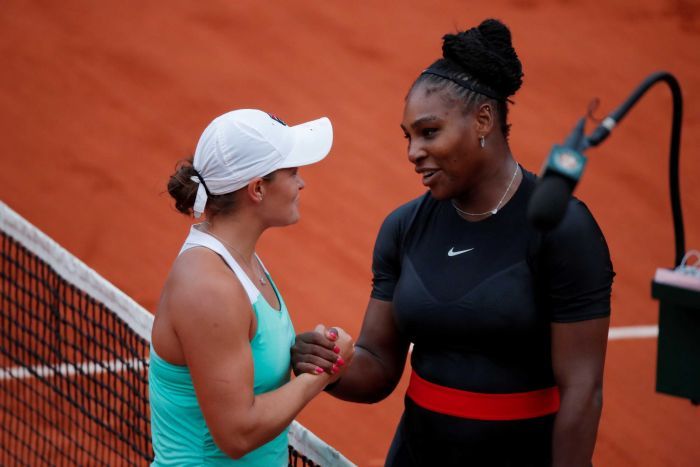 Day 5 was another day of thrilling tennis being played at the 2018 Roland Garros, with all matches going as expected and no massive upsets being caused. Both men’s top seed Rafael Nadal and women’s top seed Simona Halep were in action, and they won their respective games in straight sets, each progressing to the third round with ease.

Similarly, #3 seeds Marin Cilic and Garbine Muguruza also had easy progressions to the next round. It was a good day for Indian tennis fans as well, with Rohan Bopanna progressing to Round 3 of the Men’s Doubles tournament, with partner Edouard Roger-Vasselin.

The match that everyone had their eyes on yesterday was the one where former world number one Serena Williams took on 17th seed Ashleigh Barty. Williams came into this tournament unseeded, having been out of top-level tennis action for over a year and she didn’t have the most convincing win in her Round 1 game.

Once again, it wasn’t the Serena we’ve been used to over the years, having lost the first set 3-6. Barty was up by a break in the second set and she was getting ready to complete the biggest win of her career when Serena decided it was time to get back into the game.

She broke back and won the second set 6-3 and then the third set 6-4, progressing to Round 3 of the tournament. “I think when push came to shove, the real Serena came out. And that’s one of her best assets is, when her back is against the wall, the best comes out,” said a disappointed Barty after this loss.

The 23-time Grand Slam champion was excited as always after a tiring 3-set game. “This is a grand slam, my first one back. I want to do the best that I can. I want to be able to just do my best and one day tell my daughter that I tried my best. When I was out there, that’s all I was trying to do,” she told reporters. She will now play 11th seed Julia Görges in Round 3.

Keep reading GutshotMagazine.com for daily updates on the 2018 French Open.