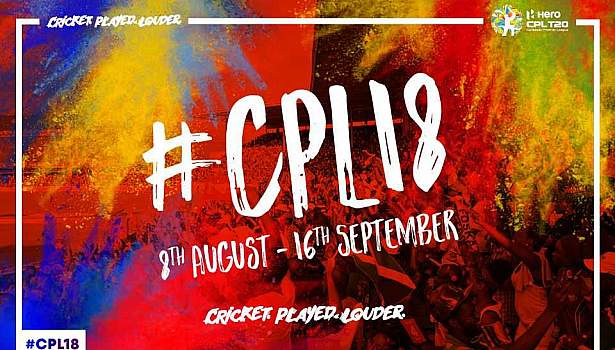 T20 leagues around the world never fail to entertain the crowds, be it the Indian Premier League or the Big Bash or the T20 Blast, or any other professional T20 league. However, there’s one league that is packed with fun and entertainment, almost giving the feel of being at a party, and that’s none other than the Caribbean Premier League.

The league begins again tonight, and people all over the world will be tuning in to watch this exciting cricket ‘festival’. The boys from the Caribbean surely know how to bring the fun element into the game of cricket and 6 teams will be getting ready to fight it out among themselves for the CPL 2018 trophy and prize money.

This will be the sixth edition of the Hero Caribbean Premier League (CPL) and it is scheduled to run between 8th August to 16th September. The six country-based franchises are Barbados Tridents, Guyana Amazon Warriors, Jamaica Tallawahs, St Kitts and Nevis Patriots, St Lucia Stars and Trinbago Knight Riders.

The Knight Riders team is co-owned by Indian Bollywood superstar Shah Rukh Khan and they are easily one of the most popular teams in the CPL T20 tournament. The Knight Riders are also the defending champions in the tournament, getting their second title last year. Jamaica Tallawahs is the only other team with two CPL titles.

The first game will take place tomorrow morning and the timings might be slightly odd, with the first game taking place at 5:30am IST tomorrow morning, but hardcore Indian fans will surely be up to watch these games. This year, the league will introduce a new rule, where a coin toss will decide who bats first in case of a Super Over. If successful, we may see this rule appear in other leagues as well.