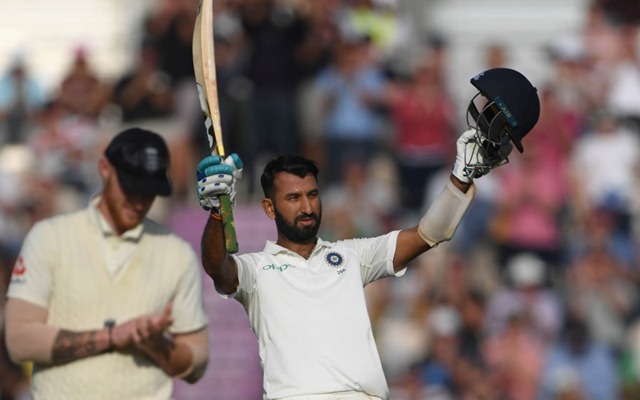 Topsy-turvy is the best way to describe Day 2 of the 4th test match between India and England. After losing quick wickets on the first day, England made a lower-order recovery to reach a respectable 1st innings total of 246. Let’s just say it was an almost similar story when India walked out to bat later.

They began well, with Virat Kohli scoring 49 and Pujara going past fifty. Enter the off-spinner Moeen Ali, who then turns the match on its head. From a very commanding position of 181/4 and just a matter of time before India covered the deficit, they were reduced to 195/8, now in a position where they were surely going to concede a 1st innings lead.

However, we had Cheteshwar Pujara standing tall for India, playing a usual anchor innings, but switching gears when needed the most. He was supported for a while by Ishant Sharma, who scored 14 important runs but was dismissed with Pujara still on 96. It was then up to Jasprit Bumrah to hang around until Pujara’s century and possible a 1st innings lead.

India’s tail did brilliantly, with a 46-run last wicket partnership which saw Pujara shifting into ODI mode and him playing lofted shots, which is a rarity. He got to his 15th test century, which was only his second hundred outside the sub-continent, and his knock of 132* silenced all critics on this tour. Moeen picked up 5/63.

Keep reading GutshotMagazine.com for daily updates on this 4th test between India and England.