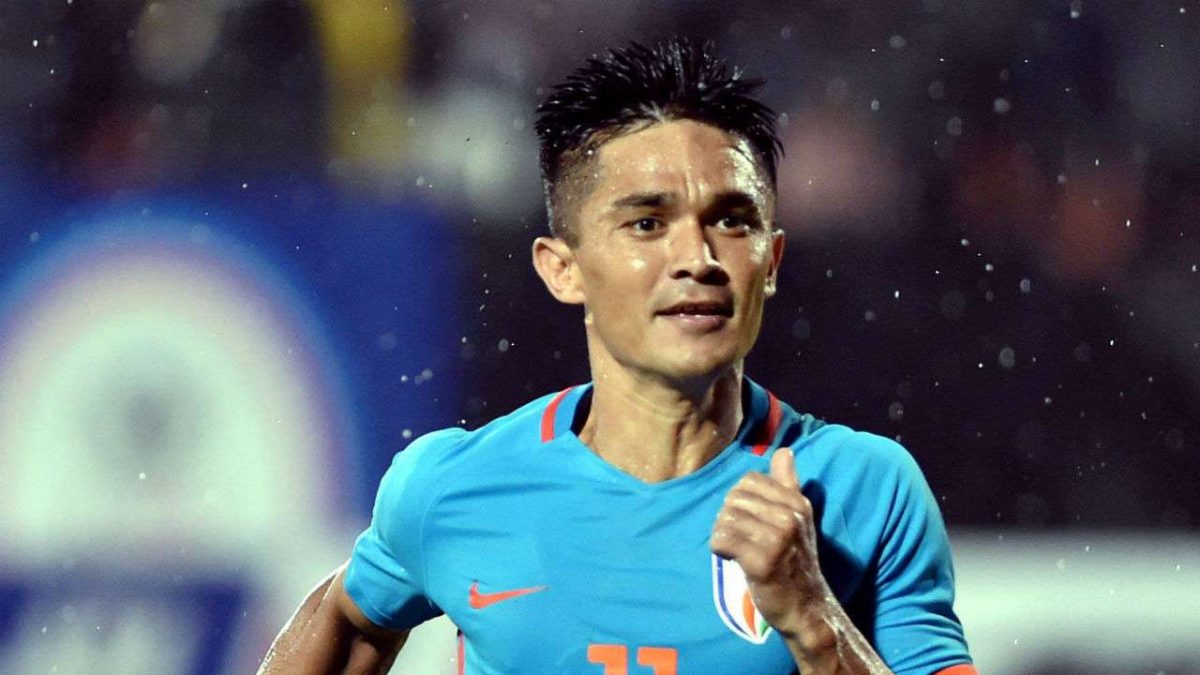 Football may not be as followed a sport as cricket is in India, but it sure is on the rise. Organizers are trying to promote the India Super League (ISL) each year to help find hidden talent and help grow the sport in India. With a couple of wins, India has now broken into the top 100 in the FIFA rankings and if the team keeps getting better, you never know, we could be a part of the 2022 FIFA World Cup!

One person who has been the poster boy of Indian football is captain and striker Sunil Chhetri, who is a prolific goal scorer, both in club football and also while playing for the nation. In the last couple of months, Chhetri has scored plenty of goals, putting him past Wayne Rooney and Clint Dempsey, for the most international goals by a player.

This was huge news, as he was only behind Lionel Messi and Cristiano Ronaldo on this list, and while he can’t be compared to those two legends of the game (talent wise), this is still one heck of an achievement. He then went on to better this record, scoring 8 goals in 4 games at the 2018 Intercontinental Cup, now equalling Messi.

With 64 goals for India, Chhetri has equalled Messi and is now only behind Portugal’s Cristiano Ronaldo’s tally of 81 for the most goals by a player at the international level (active players only). Messi however, will have the chance of going ahead again, as Argentina will be in action at the 2018 FIFA World Cup, which has just kicked off.

“We are Indians. Please be happy for five seconds and then forget about it. There’s no comparison whatsoever. Messi and Ronaldo are two of the best players ever to play football,” said Chhetri about equalling Messi’s record.

List of most goals at the international level (current players):