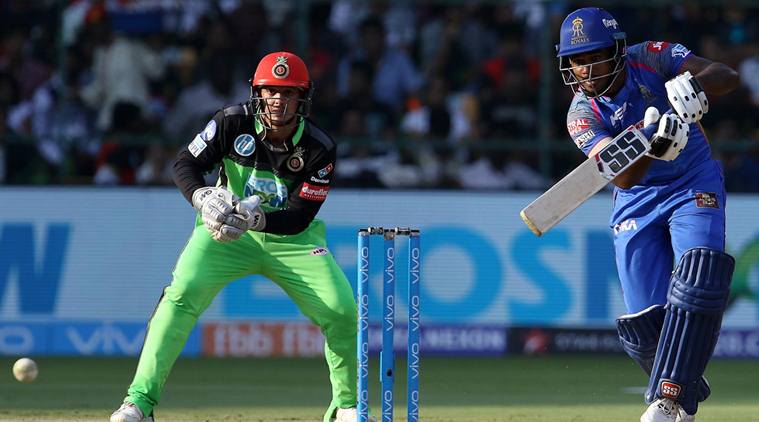 It was the second Sunday double-header of IPL 2018 and we’re sure that every cricket fan would’ve been highly entertained by these two matches. In the first game, Rajasthan Royals beat Royal Challengers Bangalore while Kings XI Punjab beat Chennai Super Kings in the second game.

Playing at home, RCB would’ve held a slight advantage, especially after the confidence from the win in their last game. Virat Kohli won the toss for RCB, who were playing in green yesterday, and elected to field first. The trend of chasing teams winning in IPL 2018 was about to end, as Rajasthan put up a mammoth total of 217/4, thanks mainly to Sanju Samson.

His innings of 92(45)* is the highest individual score of the season so far and he was toying with the RCB bowlers, hitting 10 sixes and 2 fours. This knock also won him a second consecutive Man of the Match award, as RR ultimately won by 19 runs. Kohli played a captain’s knock of 57(30), while Mandeep Singh and Washington Sundar put in vital contributions, but they still fell well short of the target. Man of the Match: Sanju Samson!

The second game turned out to be another absolute thriller. MSD won the toss for Chennai Super Kings and elected to field as well, but KXIP came out all guns blazing and threatened to post a score of 220+ at one stage. CSK did well to restrict them to 197/7, after Chris Gayle went berserk early on! 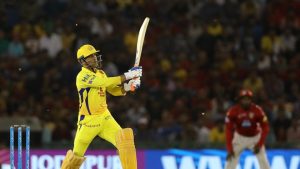 After being dropped for the first couple of games, Gayle came into the team and hit 63(33) until he was dismissed by Shane Watson. This was going to be another tough chase for CSK, especially after they flopped to 56/3 within the first 7 overs. ‘Captain Cool’ MSD then promoted himself up the order and played one of his best IPL innings ever!

After 10 full years of playing the IPL, MSD’s 79(44)* turned out to be his highest IPL score but it sadly wasn’t enough to get over the line as CSK lost by 4 runs and suffered their first loss of the season. Ravi Ashwin’s captaincy was mighty impressive and will be something to watch out for through the rest of IPL 2018. Man of the Match: Chris Gayle!

If you miss the live cricket match today, you don’t need to worry. We at GutshotMagazine.com bring you all the latest cricket news and IPL match results. So, stay tuned!