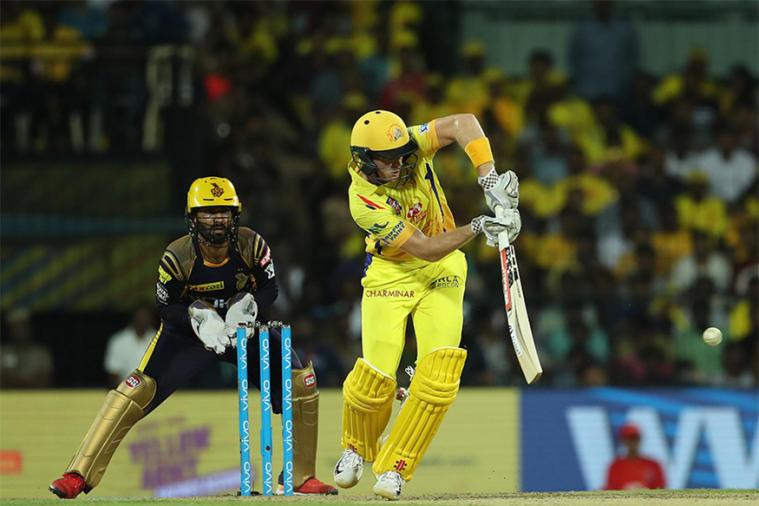 It’s 2 in 2 for the Chennai Super Kings!

They began their IPL 2018 campaign with a comeback win at the Wankhede Stadium, and they won again yesterday on their return to Chepauk after 2 years. Both were games that seemed out of reach for CSK and both were last over finishes. Chennai seem all set to ensure their fans have no fingernails left by the end of every game!

Before this game, all four games in IPL 2018 were won by the team batting second and Chennai made sure this trend continued. They won the toss, bowled first and Kolkata Knight Riders put up a massive score of 202/6 in their 20 overs. The top 5 all got starts but none capitalized, leaving them at 89/5. Coming in to bat at #7 was Andre Russell, who then changed things drastically for KKR.

He smashed 11 sixes and just one four in a knock that defined the KKR innings and took them over the 200-run mark. He finished on 88(36)*, which was his highest ever IPL score. This crazy hitting from Russell, including a six which went out of the stadium, put KKR way ahead of the game by the halfway stage.

Watson and Rayudu came out and smashed 75 runs in the powerplay, giving them exactly the start they needed if they were going to chase down this massive target. Watson was eventually dismissed for 42(19), Rayudu went out for 39(26), while Raina and Dhoni were also dismissed without doing much for their team.

They needed one person who could play that Russell-like innings for them and it was England’s Sam Billings, who hit 56(23) and secured the game for CSK by the time he was dismissed. Chennai won the match with 5 wickets and one ball to spare. However, the huge debate will be about Vinay Kumar being given the final over, when Kuldeep Yadav and Tom Curran still had an over each!

The match saw a total of 31 sixes, which is the joint highest for any match in the history of the Indian Premier Legaue. Man of the Match: Sam Billings.