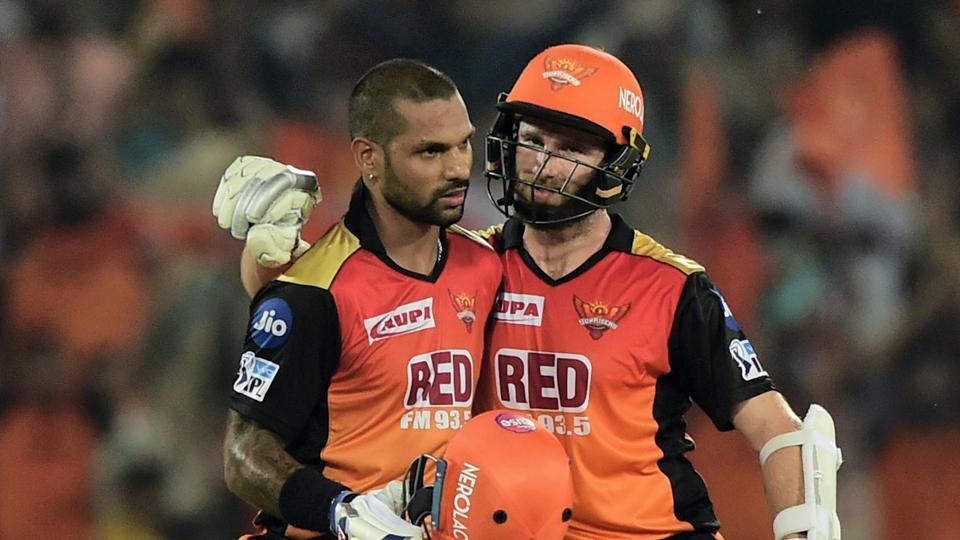 Yesterday, Sunrisers Hyderabad’s new captain Kane Williamson won the toss and elected to field first. Sanju Samson played some brilliant strokes at the top of the order but he didn’t get any support from the other Rajasthan Royals’ batsmen. His 49(42) was the only highlight in the RR innings, as they slumped from 51/1 to 123/9, and eventually ended with 125/9 in 20 overs.

SRH have always been known to have a strong bowling attack and they proved that yet again, with all their five bowlers getting among the wickets. Siddarth Kaul ended with figures of 2/17, while Shakib al Hasan ended with 2/23 in their respective 4 overs. At the halfway mark, SRH were well ahead!

Jaydev Unadkat was purchased for INR 11.5 crore – India’s most expensive buy at the IPL 2018 auction. He accounted for Wriddhiman Saha to reduce SRH to 6/1 but that was the only success they would manage for the rest of the game. Shikhar Dhawan made sure he made RR pay for dropping him on 0.

He smashed 77(57)*, including 13 fours and a six, taking his team over the line with 4.1 overs to spare; Williamson was also unbeaten on 36. SRH registered an emphatic win to kick start their IPL 2018 campaign and you can expect many more low totals this season, when teams play against them! Man of the Match: Shikhar Dhawan.