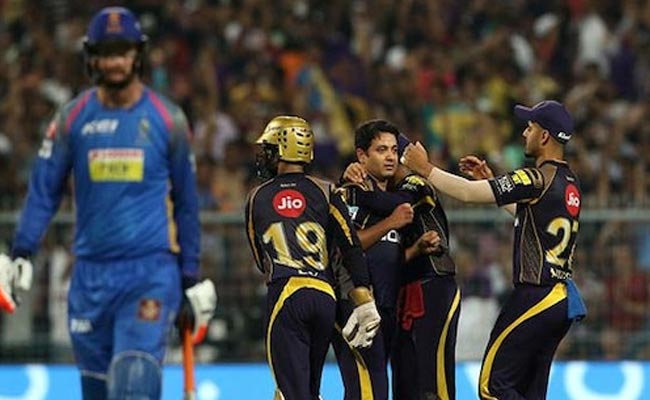 IPL 2018: Rajasthan out after losing calm in chase

It was the IPL 2018 Eliminator match between the third and fourth placed teams on the IPL 2018 points table. Rajasthan Royals played Kolkata Knight Riders at Eden Gardens, for a chance to make it through to Qualifier 2 and play Sunrisers Hyderabad. On current form, Kolkata were a much stronger side and they were put in to bat first by Rajasthan.

This pitch has always been one to favour the spinners and that was pretty evident. Krishnappa Gowtham opened the bowling for Rajasthan and picked up the wickets of Narine and Uthappa, reducing KKR to 17/2, and later further falling to 51/4. Captain Dinesh Karthik was left to bail out his team once again, and he did well.

18-year old Shubman Gill played a handy knock of 28 as DK took control and scored another IPL fifty. Both were eventually dismissed but West Indian power-house Andre Russell took his team up to 169/7, with a quickfire 49*. Shreyas Gopal and Ish Sodhi were the other spinners and the RR spinners bowled a total of 11 overs, giving away just 64 runs and taking 3 wickets.

Everyone was looking forward to how the KKR spinners would spin this game their way but after having lost Rahul Tripathi for 20, Rajasthan put up a 59-run partnership for the second wicket and they were in command of the game. 109/1 in 14 overs meant Rajasthan just needed 61 in the last 6, with almost all wickets in hand.

What followed was the men in blue hitting the panic button and looking for a big shot every time there were a few dot balls. Rahane was dismissed for 46, Samson for 50 and from there, it was Kolkata who took their position in the driver’s seat, taking that required run rate up to 12,13,14,15, and it kept growing…

The Kolkata spinners ended with 81/3 in their 12 overs despite Narine having a bad day. It was then just a matter of time as RR were left to score 34 in the last over. Prasidh Krishna bowled his six balls well, Kolkata won by 25 runs and they marched on to play Sunrisers Hyderabad on 25th May, for a chance to play in the IPL 2018 final. Man of the Match: Andre Russell.