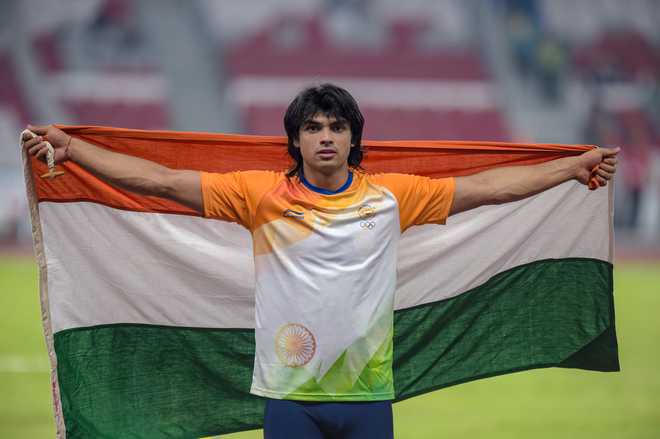 India has been having a brilliant outing at the 2018 Asian Games so far, with over 40 medals coming home and still quite a few days to be played out. One such success for India a couple of days back was Hima Das clocking a national record to win silver in the Women’s 400 meters final.

While India hasn’t been known for their performances in athletics, this has been a good competition for them thus far, the latest one being Neeraj Chopra winning gold in the men’s javelin throw event. The 20-year old created history, becoming the first Indian to win gold in javelin throw in the history of the Asian Games.

Each player was given six throws and while Chopra’s second and sixth throw were fouls, his third throw went on to become a record-breaking one, passing his own personal best and national record, with a throw of 88.06 meters; the silver went to China while Pakistan took home the bronze medal.

Chopra was India’s flag bearer at the Asian Games opening ceremony a couple of weeks back and expectations from him were very high. However, he didn’t disappoint, winning India its 8th gold medal of the tournament. He was also then lauded for his friendly gesture towards his Pakistani opponent, Arshad Nadeem, who finished third.

“It took me seven years to be at the place where I am right now. When I started throwing javelin in 2011, nothing happened for the first three years. I kept performing without winning medals. I never won at state level competitions, but I never let the failures affect me,” said Chopra, expressing that he knew his time would come one day.

India’s previous best performance in javelin throw at the Asian Games was that of Gurtej Singh, who won a bronze medal in New Delhi, way back in the 1982 Games. As the day went on, India also went on to win their 9th gold medal of the tournament, with 28-year old Manjit Singh winning gold in the men’s 800 meters event. Countryman Jinson Jonson finished second in the same event, bagging a silver medal.