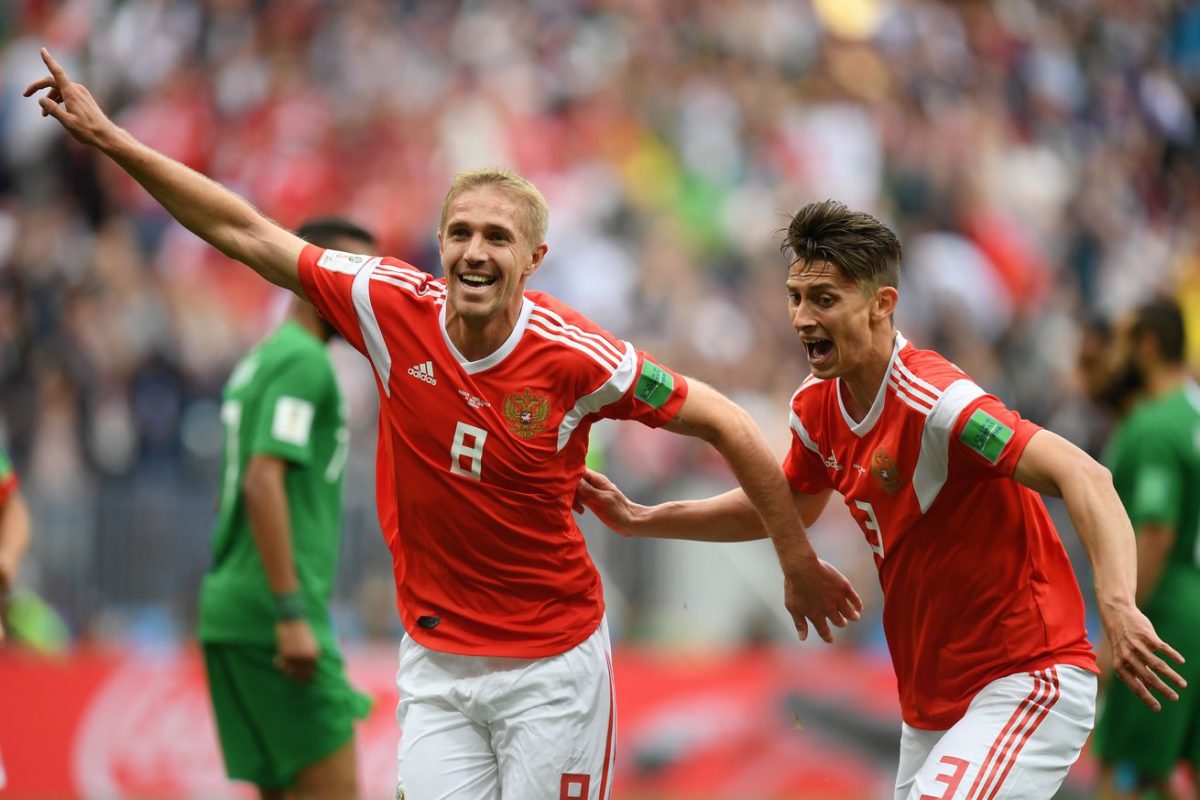 So many months of preparation, so much of planning and hard work and the moment had finally arrived, as the 2018 FIFA World Cup kicked off in Russia yesterday, where 32 participating nations will be playing for the prestigious FIFA World Cup. The host nation took on Saudi Arabia in the opening game yesterday, and it was an absolute goal fest.

Sadly, it was one-sided traffic last night, as Russia kept finding the net and hurting the gulf country more and more each time. To be honest, both were nations that haven’t had the best of results in the last few years, but on the day, Russia proved to be better. Much better!

It took only 12 minutes to set the ball rolling, with Russia’s Yuri Gazinsky heading a perfectly looped in cross past a diving Saudi Arabian goal-keeper and putting his country ahead. It was just his 12th national appearance and his first goal for the country too. A little over 30 minutes later, it was Denis Cheryshev who also scored his first goal for Russia, putting them 2-0 ahead at half time.

Saudi showed intent at times but were fizzling out by the time they were approaching the goal area. This is proven by the fact that they owned nearly 60% of the ball possession throughout the game but weren’t able to get a single shot on target. The second half later proved to be even worse for the away team, as Russia found the net three more times.

Artem Dzyuba scored in the 71st minute of the game, while two late goals (90th and 94th minutes) took Russia to 5-0 – what a thumping way to begin their home World Cup campaign! It continued the trend of the host nation never losing the opening game, but with Egypt and Uruguay in their group, Russia will need to give 120% in every game.