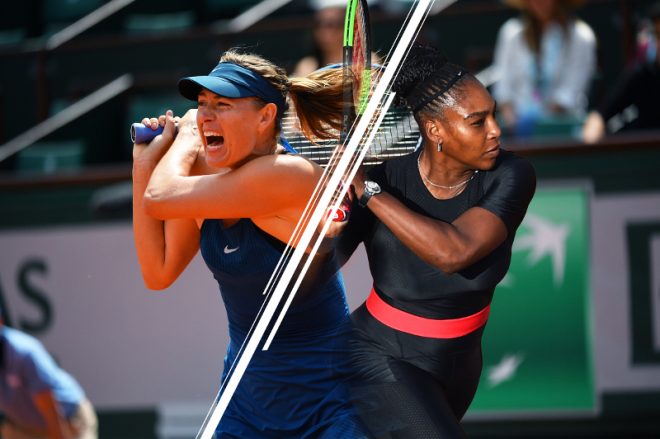 Serena vs Sharapova at the 2018 French Open

The competition is heating up at the 2018 French Open, with just under a week of tennis to be played before the winners are crowned. The women’s competition, especially, is all set for a thrilling encounter, as Maria Sharapova and Serena Williams are set to go head to head against each other in the upcoming Round of 16 game today.

The competition means a lot to both the world-class tennis players. Sharapova is making her comeback after a drug ban while Williams is playing her first tournament after maternity leave. Sharapova is a crowd favourite and after winning in 3 sets in her first game, she is yet to drop a set this year, while Serena has had a few struggles this year. Her latest win came against 11th seeded Julia Gorges.

Sharapova beat 6th seeded Pliskova so she seems to have found her rhythm and this is set to be the match of the tournament so far. The two have shared a good rivalry over the years, fighting for the top spot but Serena has made that spot her own of late. Serena leads the head to head count between these two, 19-2, but this may be Sharapova’s best opportunity to defeat Serena.

Other results include Rafael Nadal’s continued dominance on the clay court, beating Richard Gasquet in straight sets when they clashed in Round 4. The closest competition to Nadal this year could be the 7th seeded Dominic Thiem and he got past Kei Nishikori with ease, winning 6-2, 6-0, 5-7, 6-4, while Novak Djokovic completed another straight-sets victory.

2nd seeded Alexander Zverev has been one of the biggest talking points this tournament, and he has fought hard to get here so far. 3 of his 4 games have been 5-set encounters and his quarter final game against Thiem will become his toughest game so far. We’re expecting Thiem to secure another semi-final spot.