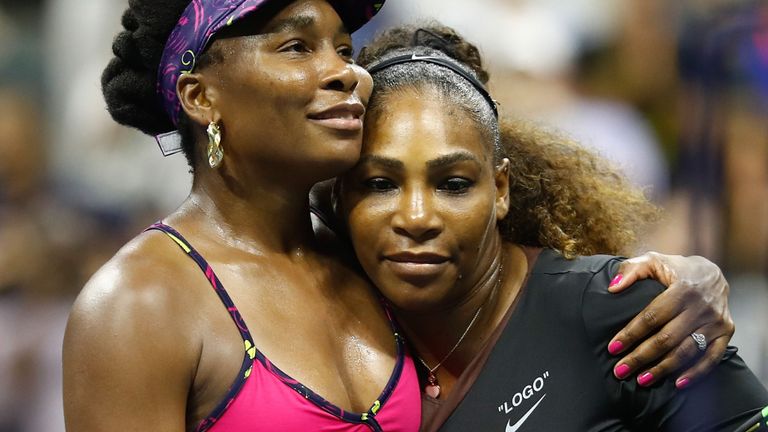 Serena Williams knocks out sister in 2018 US Open

Over the years, we’ve got so used to seeing Serena and Venus Williams facing off in major Grand Slams, especially in finals or semi-finals. However, it has been quite a while since the sisters have faced off in the early stages of a Grand Slam, yesterday playing in Round 3 of the 2018 US Open.

Serena was seeded #17 and Venus #16 and it was pretty clear who was better on the day as Serena didn’t even bother to give her sister a few games, winning 6-2, 6-1. Yesterday, Serena won in just 71 minutes and that equalled the record for the shortest grand slam game between the sisters.

“It’s not easy. She’s my best friend, she means the world to me and she’s so supportive of my career and I’m extremely supportive of her career. Every time she loses I feel like I lose. I love her with all my heart and she’s the only reason I’m still out here. I owe everything to her,” said Serena after the win.

The 38-year old Venus was also full of praise for her sister, saying, “I don’t think I did a lot wrong, but she just did everything right. Obviously that level is definitely where she’s going to want to stay during this whole tournament.” Venus has had a disappointing year so far, and this defeat was expected, honestly.

The real test however, begins now for Serena, to see whether she really is back to full fitness. In her Round 4 game, she will face Kaia Kanepi, who knocked out the top seed Simon Halep in the first round and has had an easy couple of games since then, last beating Rebecca Peterson in straight sets.

For Team India, Rohan Bopanna continued his good work, winning his men’s doubles Round 2 game with partner, Edouard Roger-Vasselin, after a gold medal in the 2018 Asian Games. Keep reading GutshotMagazine.com for a daily update on the 2018 US Open Championships.