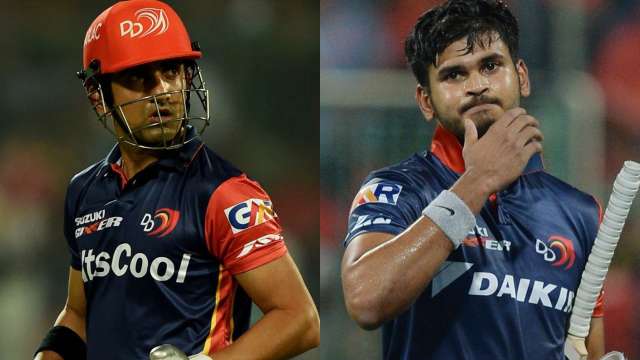 No, the Delhi Daredevils haven’t been doing too good in the 11th edition of the Indian Premier League so far. They have more than able batsmen in Gautam Gambhir, Shreyas Iyer, Rishabh Pant, Jason Roy, Glenn Maxwell, Colin Munro, Chris Morris and a few others. They also have good bowling options in the young Avesh Khan, Liam Plunkett, Amit Mishra and more. What then, is the issue? Why have they only managed one win in six matches at IPL 2018?

Captain Gambhir certainly seems to think that it’s the captaincy that has lacked quality. Sorry, we should actually say former captain. Yes, Gautam Gambhir has stepped down as captain of the Delhi Daredevils with immediate effect and the young Shreyas Iyer has been appointed as his replacement.

We’re not too sure whether Gambhir should be so hard on himself as he has led Kolkata Knight Riders to two IPL titles in the past, making him one of the most successful IPL captains ever. He has almost always been a captain in the IPL, with only MS Dhoni to have captained more IPL matches than Gambhir. How will he fit in now, as just a player?

“Absolutely my decision. I thought that I haven’t contributed enough, and at the same time the performance of the team. I had to take responsibility being the leader of this ship, and I owe that responsibility. I feel that it was the right time because we are very much in this competition,” said Gambhir.

Gambhir may also have wanted to step down as captain looking at his personal form in the last few matches. With scores of 55, DNB, 15, 8, 3, 4 so far in this season, Gambhir will certainly want to bat without the added burden of captaincy. We also saw him giving away the Delhi captaincy in the recent Ranji Trophy season, where Rishabh Pant was appointed as his replacement.

The main question is – will this change the fortunes for Delhi Daredevils? They have never reached an IPL final and it looks like they won’t be close to making the finals this time either. Iyer is a young batsman who now also has international experience under his belt. His knock under pressure in the last game shows that he is maturing as a player and this could indeed turn out to be a smart move!

If you miss the live cricket match today, you don’t need to worry. We at GutshotMagazine.com bring you all the latest cricket news and IPL match results. Stay tuned!