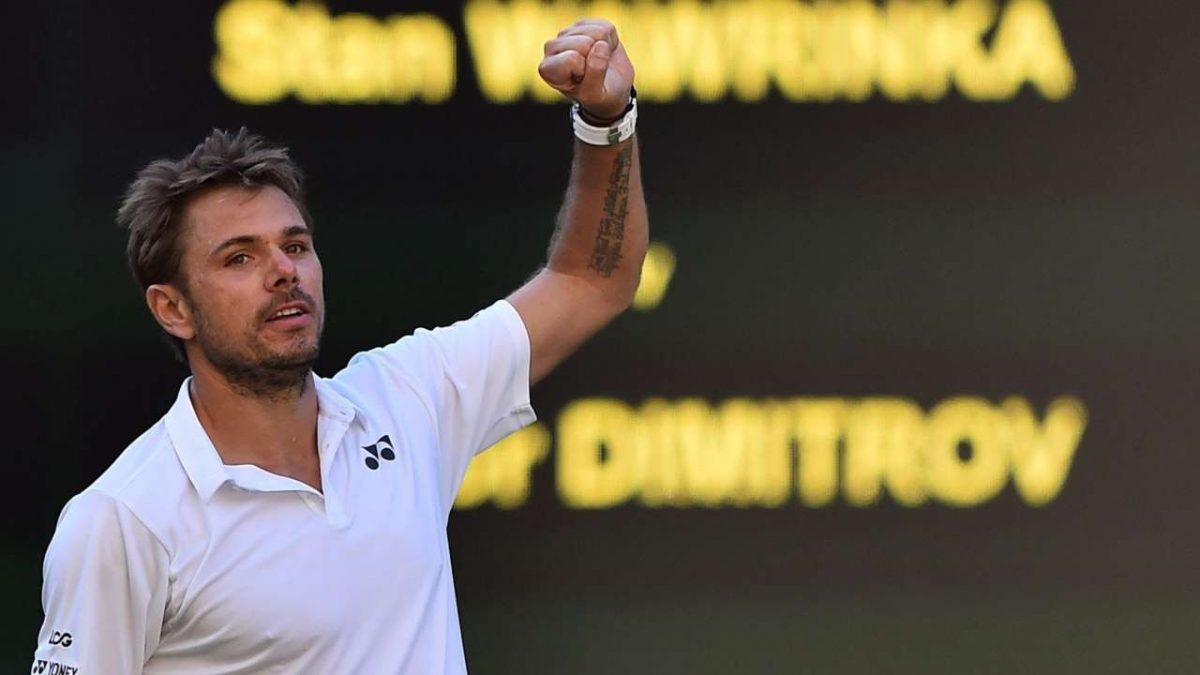 It was a little over a month ago that Stan Wawrinka faced a shocking exit from the 2018 French Open, which saw him spiral out of the top 250 in the ATP Rankings for the first time in years. The 3-time Grand Slam champion’s best result in the last 4 grand slams was a Round 2 finish in the 2018 Australian Open earlier this year.

A year of injuries and bad performances meant that the Swiss player came into the 2018 Wimbledon as an unseeded player, and a tough 1st Round game against the 6th seeded Grigor Dimitrov. None would’ve fancied his chances here, but the champion roared out loud, winning in 4 sets and smashing the Bulgarian Dimitrov out of the tournament.

It just goes to show what a fighter Wawrinka has been throughout his career. He fell out of the tournament in the 1st Round in 2017, following which he opted for knee surgery and ever since then, he’s found it tough to get back to his best. To make things worse, he had to play the 6th seed in his 1st Round game, but he proved all critics wrong by winning.

Elsewhere, #1 seeded Roger Federer had an easy match, where he won 6-1, 6-3, 6-4 in just 79 minutes and moved on to Round 2. Women’s #2 seed Caroline Wozniacki also had an easy game, beating American player Varvara Lepchenko 6-0, 6-3 to progress to Round 2. It was also a good day for the Williams sisters, both of who will move on in the tournament.

The Wimbledon Championships is the most prestigious tennis tournament in the world, the only one where players aren’t allowed to wear any other clothing except whites. We will be providing daily updates of the tournament, so stay tuned to GutshotMagazine.com.