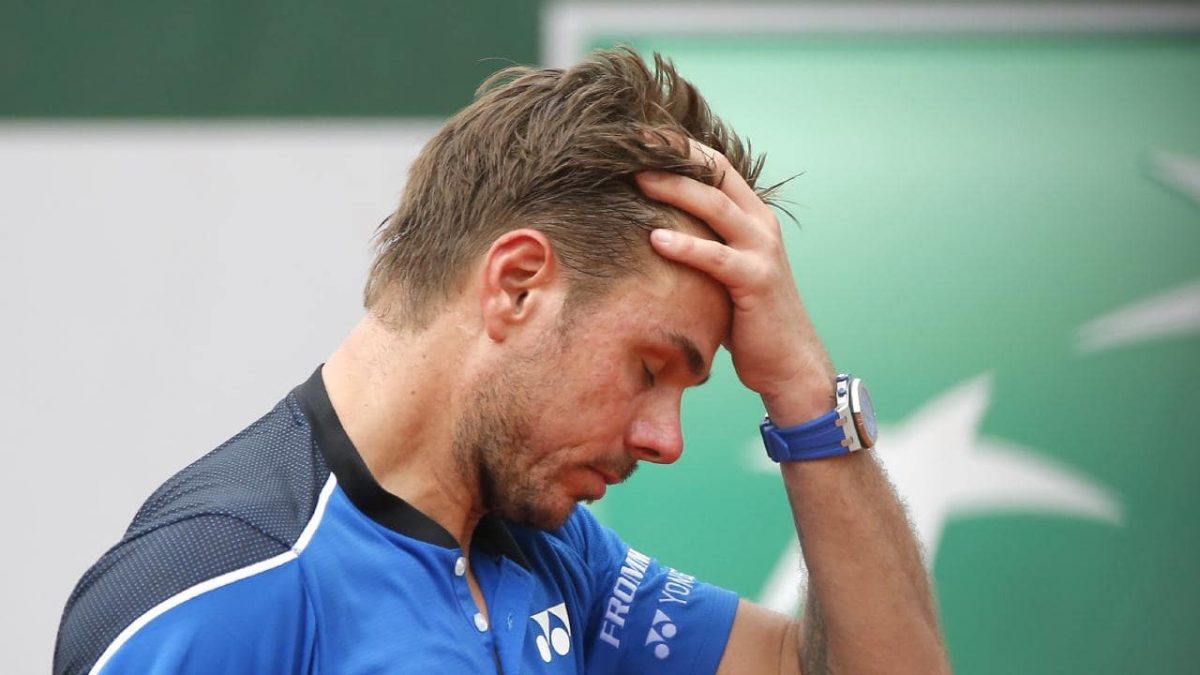 He has three Grand Slam titles to his name and was also the runners up in the 2017 French Open men’s tournament. The 33-year old Swiss player Stan Wawrinka has been around the tennis circuit for over a decade and has become one of the best in recent years.

Wawrinka has also been brilliant on clay, winning the Roland Garros title in 2015, but the last four grand slam results haven’t been very great for him. His best result in the last four slams was a Round 2 exit in the recent Australian Open and that is something of big concern for the Swiss player.

Yesterday, he made another shocking exit, losing his Round 1 match against Spain’s Guillermo Garcia-Lopez. The Spaniard was down 1-2 after three sets and made a dramatic comeback to win the final two sets and knock the number 23 seed Wawrinka out of the competition.

Wawrinka has been ranked in the top 5 for a very long time in the last few years, but has been on a down-slide in recent months, ranked 30th on the ATP rankings before this tournament began. What’s worse is that his ranking has taken a huge fall after this loss to Garcia-Lopez. For the first time in years, Wawrinka has fallen out of the top 250 in the ATP Rankings.

However, he hasn’t blamed his knee injury for this loss. He knows where he lacked and isn’t really bothered about the rankings, vowing to be back at the top soon. “For sure, I’m going to require some wild cards. But again, if I have to play some Challenger, I have no problem with that. I know exactly where I want to be. I won three Grand Slams in my career and I know what it takes to do it. And my goal is to get to my top.”

Garcia-Lopez has now set up a Round 2 game against Karen Khachanov and that could be another exciting game. Rain was a constant interruption on Day 2 at the French Open, but no other great upsets were seen on this second day of play. You can keep reading GutshotMagazine.com for regular updates on the 2018 French Open.