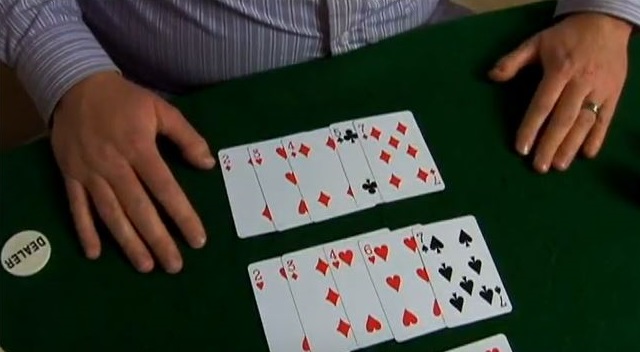 Poker variants you should know about

Poker is a world-wide phenomenon. It is played in a lot of countries including India, Australia and the USA. There are various forms of this game but they can broadly be classified into 3 categories

Here is a list of poker variants and how to play them:-

5 card draw is one of the simplest variations of poker. It is widely adopted for video poker but is rarely seen in tournament matches. Owing to its simple format and easy adoption, it’s one of the most common formats used by beginners. The game starts with the small blind and works its way to the entire table. All the players are given 5 downward facing cards and the rest of the deck is kept aside. After the first round of bets is placed, the players have the option of discarding or replacing their cards for a fresh set of cards. The final round consists of a showdown where the person with the best hand wins the jackpot.

The stud variant entails that the cards are dealt with a mix of upward and downward facing cards. The game is also a non-positional variant as the rounds need not be started by the person sitting in the left of the dealer. The positional rotation makes it a much more fair game than draw rounds.

Stud poker has many variations as well the most prominent ones are:

5 card stud is one of the most common forms of stud poker. The 5 stud poker is usually played with no limit or pot limit rules.Each player is first dealt with a downward facing card and then with an upward card. The player with the weakest hand has to pay the bring in. The Final round has a show down and the one with the highest hand wins the tournament.

7 stud poker is quite similar to 5 stud poker except that it has 7 cards in a stud format rather than 5. It is also known as down the river format. This is the most common format after Texas hold’em . It is widely used in multiple professional tournaments as well

Texas hold’em isthe most common form of poker in tournaments due to the structure of the same. In this style of playing each player is given just two cards to hold while the rest are kept hidden. Each round revealsonly one card at a time and the players are suppose to guess their odds based off of the current round.

Omaha Hold’emis another popular form of poker where the players are dealt 4 cards and they must use just two of their own hand with at least three of the community cards to make a strong hand. The cards are revealed one at time till the final round, where the showdown reveals the winner of the game.